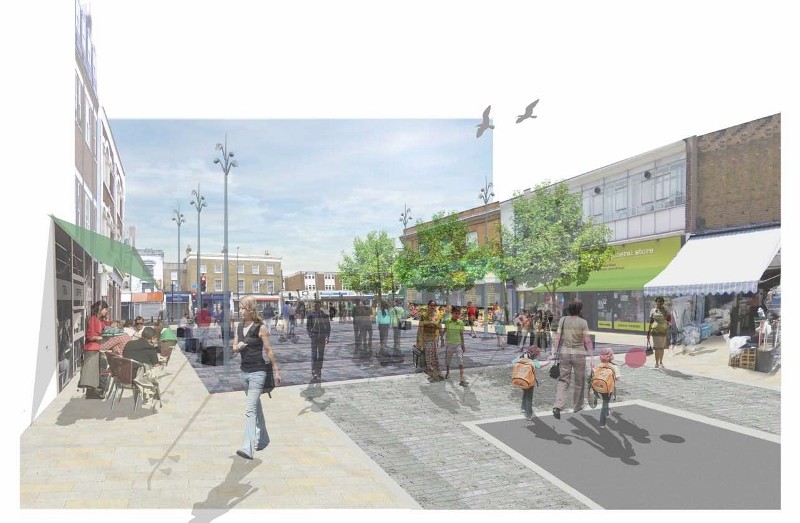 CED Natural Stone have recently won the supply of three large commercial projects, the first being the regeneration of Deptford High Street in Lewisham.

Lewisham Council have received just over £1.5 million from the Mayor of London's Outer London Fund to make improvements to Deptford High Street and Deptford Market.

The council is also contributing an additional £600,000 towards the scheme.  One of the main aims of the projects is to re-lay the road and pavements creating a shared surface, to address various issues including drainage and improving accessibility.

The order CED have received is to supply 30 containers of Granite Paving, Setts and Kerb to Maylim Construction.  Deliveries to site are planned to start in late April and work will begin straight away.  The architects on the job are BDP.

The second job CED are pleased to have won is the supply of Black Basalt Channels and specially produced Black Basalt split sided Setts to Oxford Brooke University.  The order comprises of nearly 40 containers of material with the first 20 due for delivery to site in May.  Vetter UK are the contractors on site and Ed Phillips from Land Use Consultants is the designer.

And finally, the third job CED have recently won is the supply of over 1400m2 of Granite and Basalt Paving to the Imperial Wharf Boulevard.  The Imperial Wharf is an exclusive residential development in the heart of Fulham.

Also included in the order is Black Basalt Cladding and a special water feature, also produced in Black Basalt.  McArdle are the contractors on site and are expected to begin work mid-May.

The Local Government Association has backed the Government’s...
...Read More