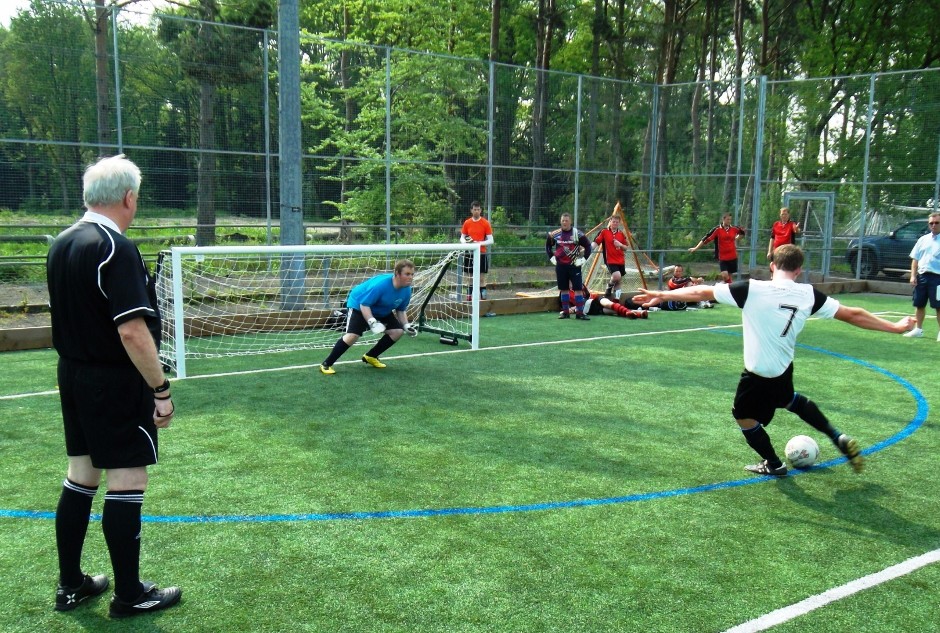 Following successful tournaments in 2008, 2010 & 2012, JSM (John Shaw Machinery) is once again organising a one day five-a-side football tournament to be held on Wednesday June 4 2014.

Entry is open to all greenkeeping and grounds care staff working for organisations located in the Company's general trading area of Kent, Sussex, Surrey, South London and East Berkshire.

The tournament will take the form of 10 minute matches played in 4 pools, which will generate the qualifiers for the knock out stages.

Managing Director, David Cole, says: "We have enjoyed great events in the past with Pyrford Golf Club retaining the trophy last time out.

"A really good standard has been shown by every team in the past and it will be interesting to see who the eventual winners are this time out. Will Pyrford try and make it a hat-trick of titles? Our long association with the Toro brand makes it also pleasing that our bi-annual event falls in their centenary year."

Smaller organisations are encouraged to group together with others to make up a team. The day will feature a complimentary barbecue to take place immediately following the trophy and medal presentations.

Entries must be in by early May 12 and places may be limited to keep the four pool format and time frame intact. The event will be hosted once again by the East Grinstead Sports Club, Saint Hill Road, East Grinstead. More details and entry forms are available from JSM Limited, 0845 026 0061.

The Landscape Institute (LI) has published Landscape for 2030, an...
...Read More