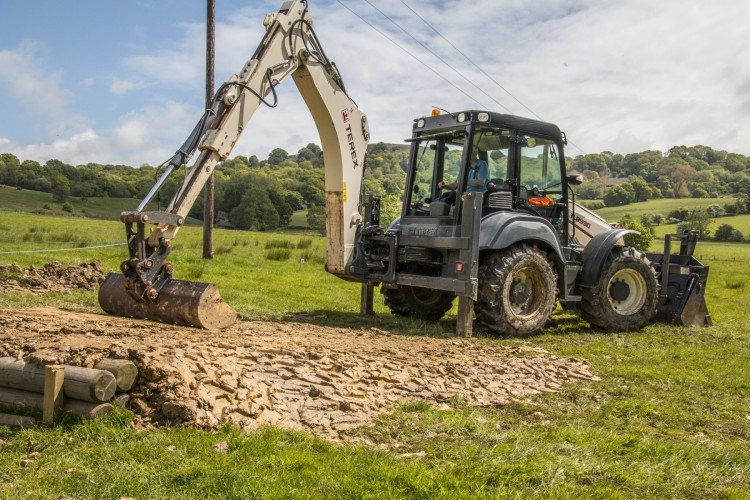 With the loan of a range-topping TLB990 backhoe loader, Terex equipment was used to dig the off-road race track for the club's inaugural National Rally.

Held at Eastnor Deer Park in Herefordshire, the event saw hundreds of Land Rover enthusiasts meet together and take to the track for a grueling weekend of off-road time trials. Running through three miles of rolling countryside, the TLB990 backhoe loader helped to transform the grounds into a series of jumps, chicanes, hairpins and hill climbs.

Richard Ghent, Product Specialist at Terex Construction, commented: "It was a privilege to be involved in this special event of the Midland Land Rover Owners Club's calendar. Hard-wearing, rugged, reliable and specifically developed with the user in mind, we knew that our Terex backhoe would be perfect for the job in hand."

Paul Barton, Chairman at The Association of Land Rover Clubs, added: "With competitors traveling from across the UK and Europe, this year's event was a huge success. Having the support of Terex ensured that the track was prepared to perfection – challenging for the entrants and expertly landscaped.

"One of our members – John Chester – a local backhoe operator, played an instrumental role in digging the track. From design and development to earthmoving and landscaping, John worked tirelessly to make the event a reality.

"We're already looking forward to next year's event and hope to work closely with Terex again to create an even more exciting rally track for our members."

A host of experts including horticulture industry speakers and...
...Read More