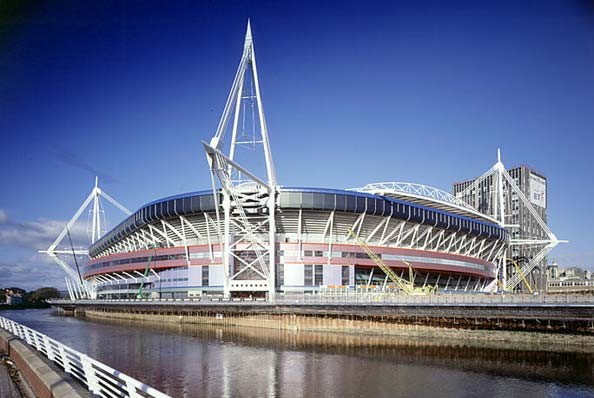 Saracens will next month become the first professional rugby team to play on a permanent artificial pitch when they move to Allianz Park in Barnet.

Now Wales could become the first national team to play home internationals on a similar surface. Roger Lewis, chief executive of the WRU, has confirmed that such a move was a consideration despite likely widespread condemnation from traditionalists.

"We will look very carefully at the new pitch at Saracens and take an informed view from players and officials," he said. "We have to make sure the surface gives us the flexibility we need. We are not only a stadium where international rugby is played, but we play host to concerts and of course speedway."

The stadium, which is 13 years old this year, is widely regarded as the best of its kind in world rugby. However, the poor condition of the surface has long been a talking point.

Lewis said the change would need "the full support of the Millennium Stadium board, International Rugby Board, our stakeholders and partners and RWC 2015".

The revolutionary move would bring an end to the perennial problems which have dogged the grass pitch since the first match was played at the Millennium back in 1999.

Even as recently as Wales' autumn campaign, Warren Gatland's stars continually lost their footing on the sometimes treacherous surface.

Three years ago the Welsh football team quit playing at the Millennium Stadium after then manager John Toshack and his captain Craig Bellamy complained bitterly about the state of the surface. The Welsh footballers argued the pitch was not suitable for international soccer matches.

The WRU hope to have the new plastic surface in place at their plush 74,000-seater stadia in time for the 2015 World Cup. Six games in the showpiece tournament will be staged in Cardiff.

But it could be ready a year earlier, with Wales possibly playing their home games in the 2014 Six Nations tournament on artificial grass. It would be the first time an international rugby match has been staged on such a surface.

The WRU have sought approval for their plans from International Rugby Board power-brokers and permission is said to have been granted.

The move would anger rugby traditionalists, but the IRB believe the likelihood of injuries on an artificial surface would be no greater than on grass. Their initial findings also indicate the problems of collapsed scrums would be decreased, because players would have a sounder footing.

The Millennium Stadium turf is currently replaced several times a year because or problems growing the grass, sunlight unable to get in because of the steep stands cited as one of the reasons.

The government has announced a £1.4 billion investment boost to...
...Read More

The Arboricultural Association has written to Environment...
...Read More