The UK Government has been accused of "a total economic and environmental policy failure" after new tree planting figures showed it is still not even halfway to hitting the target it set in December 2019.

Scotland planted three-quarters of the total with 10,480 hectares, with England planting 2260, Wales 580 and Northern Ireland 540.

Confor said there was "zero chance" of fulfilling the pledge to reach 30,000 hectares by the end of 2024 - and called on the Prime Minister to take personal control of the issue and ensure his Environment team - Secretary of State George Eustice and the Minister responsible for forestry, Lord Goldsmith - limit the damage in the time remaining of this Parliament. 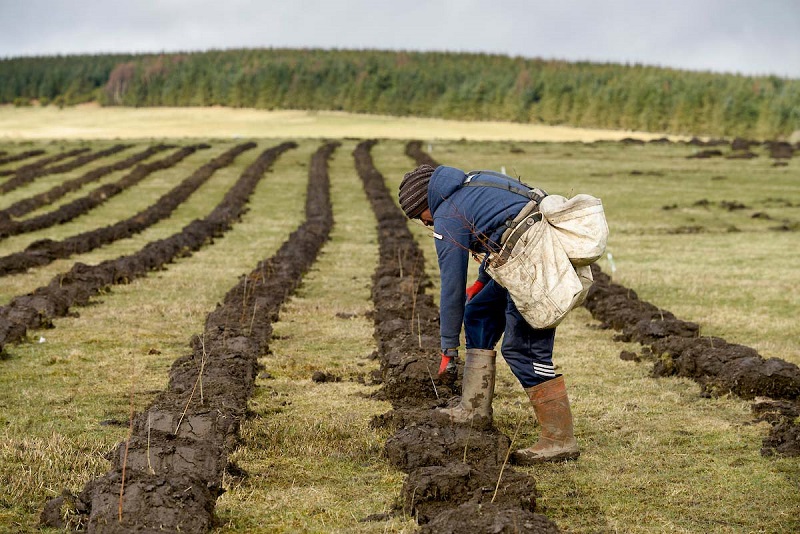 "This is a total policy failure in both economic and environmental terms," said Stuart Goodall, Chief Executive of Confor, which represents 1500 UK businesses. "Report after report has shown that increased tree planting and wood use is vital to meeting the UK's net zero targets - yet this is not being translated into trees in the ground.

"This is especially true of productive forests, which produce wood alongside benefits for carbon, nature and the economy. The Government knows more wood is needed to build low-carbon homes and it knows the UK faces a shortfall in future domestic wood supply, yet it is seeking to keep a tight lid on the planting of productive forests.

“Environmental groups know we need to grow more wood in the UK rather than increasing the pressure on fragile global forests, but the Government - against all the evidence - is not taking decisive action.”

Mr Goodall said Scotland was planting 75% of all the new woodland in the UK, although the Scottish figure fell slightly on 2020-21, and described the planting figures in England, Wales and Northern Ireland were "woeful".

"We need a joined-up policy and we simply don't have it," he said. "The UK Government wants to Level Up and tackle climate change, but it ignores taking the actions that would deliver on all these agendas. It commits to protecting fragile global forests at COP26 while also presiding over a decline in domestic wood supply which will simply put more pressure on those very fragile forests”.

"There is currently zero chance of meeting planting targets unless we see decisive and immediate change. That means encouraging more productive forests to be planted, making the process to do so more straightforward - and ensuring that we grow more of the wood that our future low-carbon economy needs and avoid spiralling imports in a world where everyone wants more wood."

Mr Goodall said Confor had arranged fact-finding visits for ministers and officials and was working hard to remove the barriers to planting productive forests. The industry would continue to make the case for greater home-grown planting as all the evidence supported the need to do it, he added - but at the end of the day, something has to change.

“If Defra aren’t able to deliver the Government’s own manifesto commitments then it’s time that the Prime Minister stepped in to ensure they do,” Mr Goodall added.

“Scotland is leading the way in planting more trees and using more wood - and is already reaping the economic and environmental benefits as a result. The rest of the UK must follow its lead.”

Perennial, the charity for people in horticulture, is launching a...
...Read More