Stem Injection Systems (SIS) makes its annual return to SALTEX hoping to add to the wide range of UK and international customers that it has signed up at the show since first exhibiting there in 2004.

The simplicity but effectiveness of its patented stem injection equipment, expertly demonstrated on stand by the company's technical sales team, has always made it a popular exhibition attraction and one that could be relied upon to excite experienced operatives as well as ground maintenance teams new to the challenges of invasive plant treatment programmes.

One long-standing customer of SIS has been Ipswich Borough Council. It bought its first stem injection system directly off the SALTEX stand in 2007 and a second one shortly afterwards as it quickly recognised the equipment's benefits, specifically its ability to deliver small quantities of herbicide in a highly localised dose. 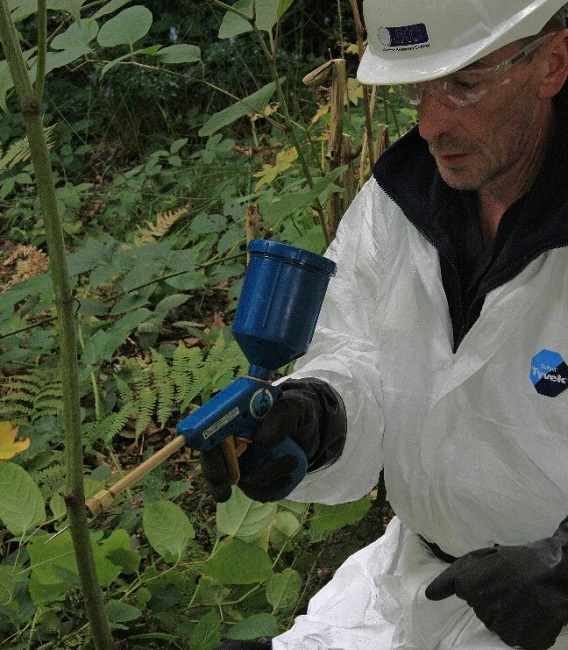 Nick Wilcox, Holywells Park manager and area supervisor for Ipswich Borough Council's parks division, explained: "Even before we met SIS we had begun to recognise that traditional treatment methods such as foliar spraying and dig and dump were no longer the most effective or economically viable. As a progressive council we actively went in search of a stem injection alternative, even before it was widely available, and that chance meeting with SIS at SALTEX 2007 changed our treatment programmes for ever."

In the years since SIS first launched its system, stem injection has become the most reliable, fit for purpose system for contractors and ground maintenance teams on more and more tender specifications.

If Ipswich was one of the first local authorities to recognise stem injection, many other councils have since followed suit, alongside landscapers, river management teams and leading agencies such as the National Trust, Forestry Commission and various Wildlife Trusts.

SIS joint managing director, David Layland commented: "SALTEX has long provided a major sales platform for our stem injection equipment, originally at Windsor and latterly at the NEC. The main difference between now and when we first launched is that, as well as being able to physically demonstrate how the equipment performs, we can also now refer to an extensive bank of satisfied customers across a large number of riverbank, parkland and amenity projects."

The Grounds Management Association has announced that visitor...
...Read More

Fresh confidence ahead of first Festival of Turf