Award-winning electric tractor from Farmtrac back at LAMMA

To say this machine has had a whirlwind time since it was launched at the show in 2019 would be an understatement.

It’s won awards, been on multiple TV programmes and impressed the industry’s electric vehicles and technology enthusiasts. So if you missed it the first time, now’s your chance to see it.

Steven Haynes, tractor sales manager at Farmtrac distributor Reesink Agriculture, explains: “We always knew that the first all-electric tractor would generate a lot of interest, especially one with the build quality of the FT25G, but it really has been on another level.” 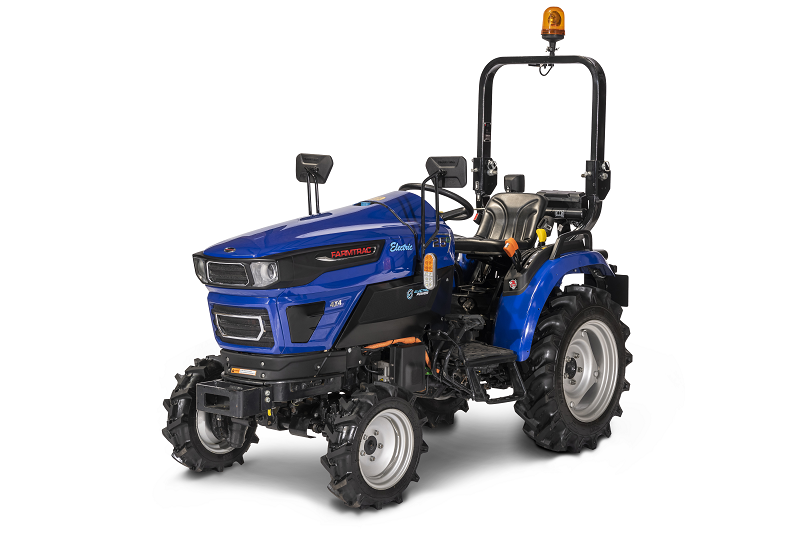 The compact 25HP tractor won the SALTEX Innovation Award in the Environmental and Sustainability category at the end of last year, about which Steven says: “As the first company to enter the market with an all-electric compact tractor, Farmtrac wanted to ensure that this tractor could perform as well as any diesel compact without any major drawbacks for those choosing to go electric.

“A lot of time was spent on the design and test phase to ensure that it could meet or exceed the performance levels of the diesel machines with the added benefits that come from being battery-powered, so to win this award and to have this recognised by the Grounds Management Association (GMA) and its judging panel was incredible.”

The tractor hasn’t just impressed the GMA though; it also impressed the world’s number one clean energy and electric vehicle channel Fully Charged’s presenter Robert Llewellyn and farmer Adam Henson who reviewed it, put it through its paces around the farm and in a Top Gear-style Battle of the Tractors for BBC’s Countryfile and Fully Charged TV.

Steven continues: “The immediate reaction from the audience was incredibly positive as it showed itself to be a worthy alternative to a diesel-powered tractor. This year we have further increased the options available on the tractor to make it even more useful in a host of year-round applications and we can’t wait for people to experience it first-hand.”

And last but in no means least, the FT25G was recently invited by show organisers at the London International Horse show to provide eco-friendly support as Steven explains: “The show is held in an indoor arena and organisers were concerned about indoor pollution and noise from the normal diesel tractors that would have been used in the past. Like many companies they are keen to use greener technologies where possible.

“So, there was a real need to do something a little different and we were more than happy to support them with our all-electric Farmtrac FT25G tractors. Five units were used at the show to grade the arenas and move jumps as required in the lead up to and throughout the event.”

See the revolutionary FT25G on stand 20.276 at LAMMA to find out more about how your business could benefit from greener technology without a compromise on productivity.