A double double for Phil Day Sports at IOG awards 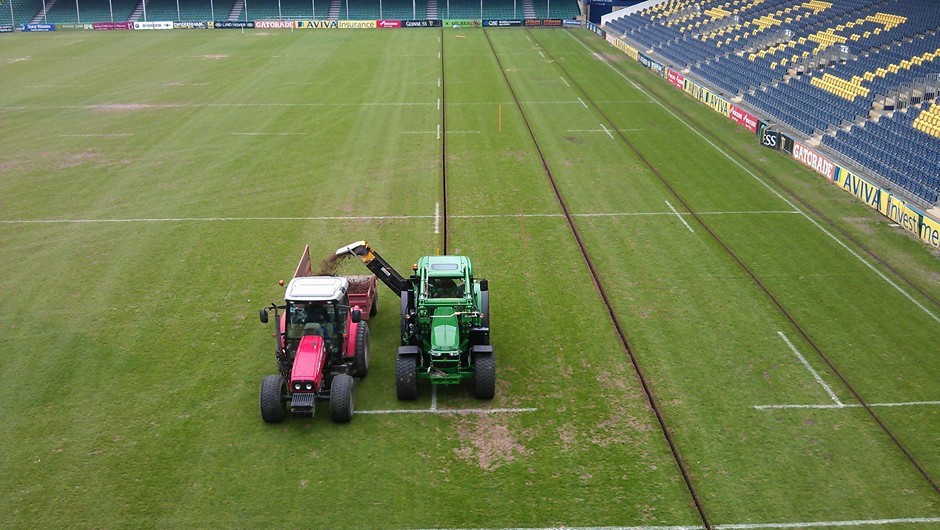 Phil Day Sports (PDS) has firmly established itself as a leading Sports Turf contractor since its creation in 1999. Specialising in the sports amenity sector, the company works with the majority of sports surfaces from a village cricket square to premiership football and county cricket grounds.

For two of their clients to be selected for top IOG awards saw MD Phil jumping for joy - "What an endorsement to the dedication our staff put into their work", he said.

Head Groundsman at Worcestershire CCC, Tim Packwood, has been at the club for 25 years and has worked with PDS for many years.  "They get involved with major maintenance tasks, as well as other general jobs that need doing. They are particularly useful for taking on the bigger jobs that we are unable to carry out as we do not have the big equipment for the job or the storage space for these machines due to the site being prone to flooding. Also, no-one at the club has a tractor mounted spraying certificate so Phil and his team sort that out for us too."

Worcestershire CCC is on a flood plain and the ground was underwater from Christmas Eve 2013 until almost the end of February 2014. Once it receded they were only left with 30% grass coverage on the square. Once it was dry enough, PDS came in the first week of March and completely overseeded the square and a quarter of the outfield, laying 80 tonnes of sand to boot. The first Championship match was played on the ground on April 13th with the surface still not at its best, but this was a phenomenal effort by Tim and the team to be able to play this game at New Road. As soon as the season was over PDS were back again scarifying, top-dressing, overseeding and fertilising.

At Worcester Warriors Rugby Club, last year's runner up Martin Knight says he likes the fact that PDS just "˜come in on time and get on with the job'.  Head Groundsman Martin has worked with PDS for 4-5 years now where they carry out a variety of maintenance jobs, like end of season renovation to the Stadium Pitch as well as the outer pitches.  Two years ago they installed a new full drainage system on the main stadium pitch.

Martin and his team are responsible for 55 acres in total, which equates to 20 pitches and various other grass areas. Out of these eight are full size pitches; six are half size and the other seven junior pitches about ¼ size. The ground is a multi-use facility that is used all year round hosting commercial events.

Over winter it is rugby for the Worcester Warriors as well as three teams from Worcester Wanderers who play on a Saturday and two or three Ladies teams as well as the junior section for children aged 6 – 18 that play on Sundays. Worcester University also play their matches there midweek.

Representatives from across the healthcare service have appealed...
...Read More

Thousands of plants have been destroyed after a break-in at...
...Read More