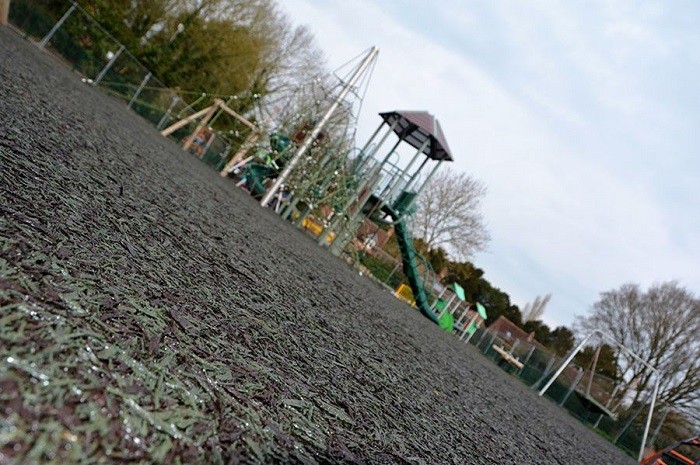 King George's Field, at Barford in Warwickshire has recently under gone a £500,000 refurbishment, bringing new sports facilities to the local community.

Of course none of this could have been achieved without the superb support and donations from the local community, fundraising thousands of pounds by taking part in the March Activity Day, a Summer Fun Day, Charity Auctions and many other local events.

At the end of April, Smith Construction had completed both the tennis courts and MUGA, enclosing both facilities with sports fencing, the macadam court was line marked to allow tennis, mini tennis, midi tennis and netball to be played.  Smith Construction laid a Polytan sand-dressed carpet to the MUGA, with line markings for five-a-side football.  The Official Opening Ceremony took place on Wednesday and were opened by a special Royal visitor.

His Royal Highness The Duke of Kent, officially opened the field in honour of his Grandfather's memorial foundation, King George's Fields Foundation, formed in 1936.  The local school children got a chance to meet the Duke while enjoying the use of their new sports facilities. The Duke personally greeted promising local tennis stars on the tennis court.  After his grand tour of the new sports facilities, the Duke unveiled the commemorative plaque reading: "King George's Field, Re-opened by HRH Duke of Kent KG, 4th May 2016".

Continuing his tour along Church Street, HRH Duke of Kent greeted more local school children lining his path to the Barford Village Shop, where he met the staff and volunteers that helped make this whole refurbishment possible.  Finishing off his tour the Duke and special guests had lunch at the Memorial Hall, where Cllr John Murphy thanked everyone involved including the supporters, volunteers and funders.

John Murphy, chairman of Barford, Sherbourne & Wasperton Joint Parish Council says: "This has been an enormous project for our villages and has been driven by the community itself, with over one-third of all the funding coming from within the village, which itself is a great achievement and demonstrates the level of local support. Our residents, particularly the children are absolutely delighted with all aspects of the scheme and even the early-doubters have turned into ardent supporters.

"The local school will be making daily use of the tennis and All Weather facilities. We feel particularly fortunate to have been able to work with Smiths, as Main Contractors. They have coped admirably with our enthusiastic project management and we have all delivered a splendid facility of which we can all be extremely proud and which should last us all well into the future."

Timberplay are delighted to have created the exciting and...
...Read More

Proludic provide 2017's city of culture with a medieval fortress

On July 1 Proludic had the pleasure of attending and helping out...
...Read More