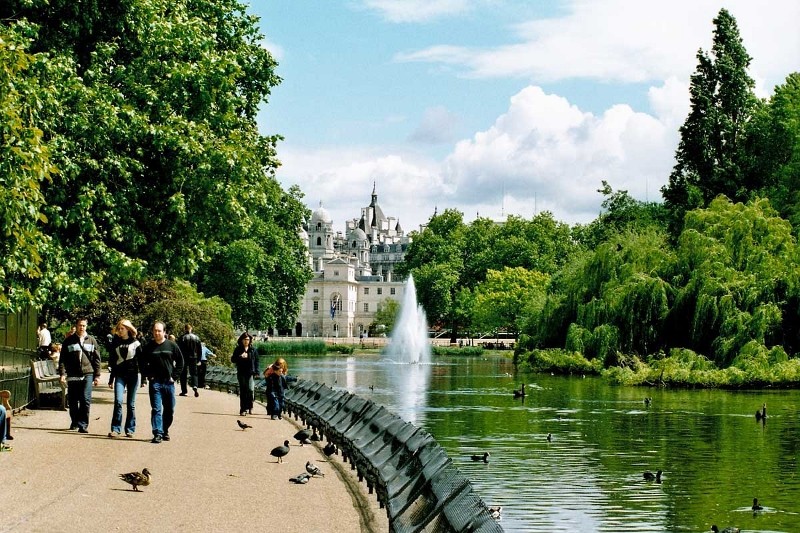 Cities should feature compact development alongside large, contiguous green spaces to maximise benefits of urban ecosystems to humans, research led by the University of Exeter has concluded.

More than half the world's population now lives in cities. As numbers continue to swell, decision-makers across the globe grapple with how best to accommodate growing resident numbers while maintaining healthy urban ecosystems. Previous research has demonstrated that urban green spaces and trees  yield far-reaching benefits to humans, from increased happiness and health to absorbing surface water run-off and storing carbon.

Researchers have long debated whether it is better to build compact developments with large parks or nature reserves, as often found in Europe and Japan, or whether it is preferable to build sprawling suburbs with many small parks and gardens, as found in many North American and Australian cities.

Now, the team at the University of Exeter, working with Hokkaido University in Japan, has analysed nine case studies of cities worldwide which considered how urbanisation patterns affect the functioning of urban ecosystems. The research, published in Frontiers in Ecology and Environment and supported by the Engineering and Physical Sciences Research Council (EPSRC), has concluded that high-density cities featuring large parks or nature reserves yield the most benefits – although they stress that smaller parks and gardens should not be sacrificed and still play a positive role.

Lead author Dr Iain Stott, from the University of Exeter's Environment and Sustainability Institute (ESI) on the Penryn Campus in Cornwall, said: "As populations continue to grow, it's vital that we expand our cities and build new ones in a way that is most sustainable for ecosystems, and which provides the greatest benefits to urban residents. Our research finds that compact developments that include large green spaces are essential for the delivery of ecosystem services. For humans to get the most benefit however, combining this approach with greening of built land using street trees and some small parks and gardens is the best method."

Senior author Professor Kevin Gaston, also from the University of Exeter's ESI, said: "Future urban development must be carefully planned and policy-led, at whole-city scales, to yield the best result."

Although a requirement for most new developments, other – often...
...Read More

In response to the current COVID-19 outbreak, Gate Safe, the...
...Read More