The International Association of Horticultural Producers (AIPH), the world’s champion for the power of plants, is proud to welcome EFB as a partner for the AIPH World Green City Awards and beyond.

The partnership between AIPH and EFB showcases the strong alignment of visions between the two organisations.

Both organisations bring to the partnership their respective work in terms of enabling urban nature-based solutions which harness the power of plants and the benefits of nature to create greener, healthier, and more sustainable living environments. 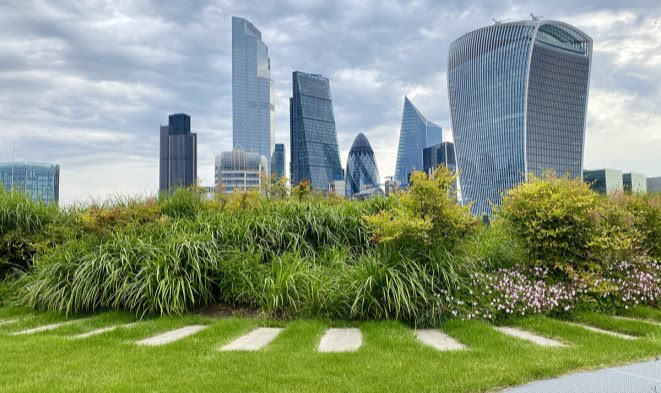 In doing so, their joint work in supporting and co-developing the AIPH World Green City Awards will highlight best practice from cities around the world who are undertaking bold urban greening initiatives. Green roofs and walls are among the urban nature-based solutions which the Awards seek to recognise, showcase, and celebrate. Thus, this partnership is an extremely timely and relevant one.

Both EFB and AIPH operate on the shared understanding that nature-based solutions provide the green infrastructure that is critical to secure the sustainability of our increasingly urban future. Green roofs and walls can play a significant role in addressing the challenges which cities will increasingly face. They provide a range of greener, cleaner, and more effective infrastructure options than are possible through grey alternatives. Harnessing the power of plants in the design and implementation of these nature-based solutions is equally important. Thus, the time is now to enable an accelerated uptake of these technologies and showcase leading cities from around the globe. Herein lies the strength of this exciting partnership between AIPH and EFB.

“As AIPH strives to lead the way in inspiring the global green city movement, partnerships such as this with EFB are of great importance,” said Tim Briercliffe, Secretary General, AIPH.

“We can achieve more together than either of us could do alone. Our visions are well aligned in pursuit of transforming the built environment through nature-based solutions in Europe and beyond. Together with EFB, we aim to promote the benefits of green technologies, such as green roofs and walls, firstly through the AIPH World Green City Awards and thereafter through sustained collaboration.”-

Under the auspices of their Green City programme, AIPH proudly present the AIPH World Green CityAwards, an ongoing competition with entries open every two years and which recently opened for entries for its inaugural 2022 edition.

AIPH is currently growing a global network of partners to support the AIPH World Green City Awards, both for the inaugural edition and for those in the future. The network of partners is active in attracting the attention of global leaders to generate high quality entries by cities for the 2022 edition. Leveraging their individual strengths and networks, the AIPH World Green City Award partners are leading the way in co-developing the first global cities awards where plants and nature are the core focus. AIPH is thrilled to be welcoming EFB to this prestigious group as they formalise their partnership to enable greener cities both in Europe and globally.

New year and new workwear for the Green-tech team

The Green-tech team has kicked off the New Year with a whole new...
...Read More