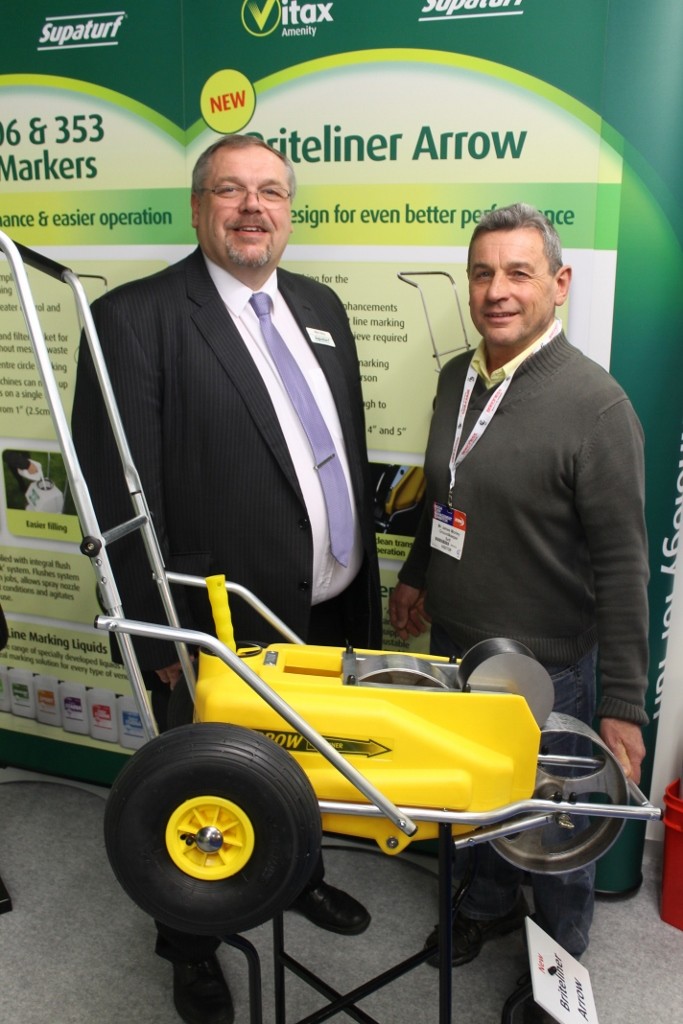 The next generation Briteliner Arrow from Vitax Amenity is already making an impression on one of the FA's intensively used pitches.

Groundsman James Morley, who maintains West Riding County FA's pitch in Woodlesford, Leeds, had been trialling a prototype of the latest version of the popular line marker for some time and his decision to purchase it makes him officially the first turf professional in Britain to do so.

One of the largest county football associations in the country, West Riding County FA oversees all aspects of the game in its region, delivering the national game strategy within it.

Given a huge programme of training and coaching sessions, U16 and U18 fixtures and county cup games, the pitch comes in for intensive use, James explains.  "Our busy period begins in March and April and we can be staging 30 to 40 matches over that period, sometimes two fixtures in a day.

"We end the season this year with the county cup final on 3 May, then its straight into the renovation programme of deep scarification, overseeding, topdressing, fertilising and VertiDraining. Maintenance can be a big ask sometimes, what with the training sessions and coaching as well as all the fixtures and closed-season work."

Ensuring that his line marking remains sharp and clear is vital, given the hectic playing schedule, James stresses. "I've tested the Briteliner Arrow extensively and been delighted with the results. The lightness and compactness of the marker impressed me the first time I picked it up.

"It felt a part of me from the first touch and the line it delivers is extremely clean for a transfer-wheel machine. I also use less paint so it works out very economical. I prefer transfer-wheel marking as we have a healthy sward of grass at Woodlesford and a durable application is important."

The larger, stronger tank holds enough liquid to mark out three football pitches, making James's life that much more convenient too, and he can quickly remove it for thorough cleaning.

Including his new Arrow, James manages a mini fleet of Vitax equipment of an EvenSprey300 sprayer and a Supaturf SSR 50 fertiliser spreader, giving him the means to manage his turf treat treatment duties with minimum fuss.

"When you're a small outfit," adds James, "you need reliable kit and backup and that's what Graham [Wingfield, Vitax's Northern Technical Sales Manager] provides for me."