Apprenticeships benefit both employer and employee 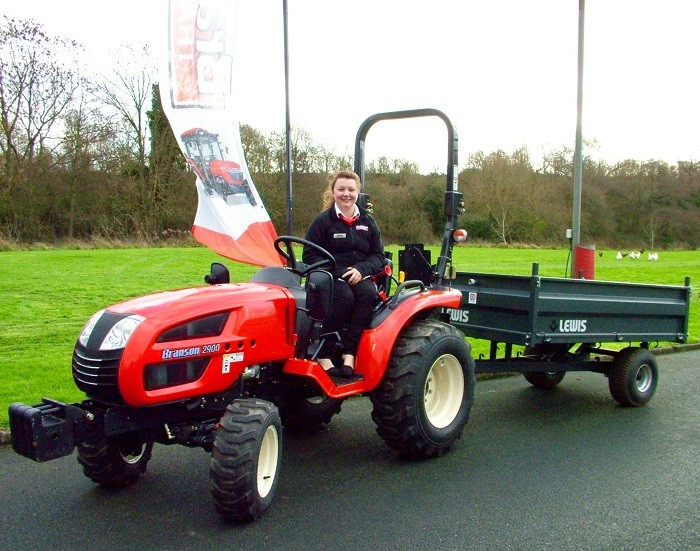 Apprentices are employed by companies and organisations, they earn a wage and work alongside experienced staff to gain job-specific skills.

They are offered off the job training, on a day-release nor block release basis, to train at college to work towards nationally recognised qualifications. Anyone living in England, over 16 years-old and not in full-time education can apply.

The Compact Tractor Centre Ltd is based in Bidford on Avon from where they sell and service tractors, tractor attachments, garden machinery and accessories both locally (through their retail outlet in Bidford) and nationally as a wholesale distributor for Branson Tractors UK.

Stephen who is 17 and a Level 2 Land Based Engineer started with the company four months ago, straight from school, after doing work experience with the company. Stephen has always been interested in engineering and decided to take the apprenticeship route because he wanted to start his education in this field early, "better now than later". Stephen has been hands on from the start of his apprenticeship and helps to build tractors, mend lawn-mowers and chainsaws, to name a few of the tasks he undertakes in his day.

Along with the hands on work, Stephen attends college on block release. He has just completed four weeks at college and will shortly be doing another two weeks of course work to compliment his work and build his portfolio to gain his Level 2 NVQ, after which Stephen wants to go on to achieve Level 3 via a similar programme. Stephen said he has learnt a lot about work mentality whilst working as part of a team, and building skills to help him in the future. "It is a big change from school, much better, I am treated as an employee and it is a nice company to work for". Stephen is part of the team who helps at company open days to demonstrate its products, he recently helped to set up a show at the NEC and also locally at Arrow Mill.

Caitlin is 22 and studying for her Business Administration Level 3, which involves attending college one day a fortnight. She has been with the company since August 2015 and is based in the Marketing Department. Caitlin decided to take the apprenticeship route after trying out other courses since leaving school, and not really enjoying any of them.

After speaking to the South Worcestershire College Work Based Learning team, Caitlin was put in touch with The Compact Tractor Centre and she hasn't looked back. Caitlin has a very hands on role organising the company's promotional events and liaising with suppliers and customers. Caitlin enjoys learning new skills on the job and the challenges each day brings. Caitlin says that she feels appreciated by the company and likes feeling part of the team, and says that if you are good at what you do it will show.

"I like the fact that I can get my qualifications while earning a wage, this has enabled me to do so many things I wouldn't otherwise have been able to do, and I know that long term the gains both financially and workwise will be greater". On successful completion of the course Caitlin will achieve the Level 3 Business Apprenticeship which includes Level 3 Diploma in Business and Administration and the Level 3 Certificate in Principles of Business and Administration.

Multi-purpose Muthing flails much in demand

Feast your eyes on the new DCS-2500T the first battery-powered...
...Read More