ECOPROTEC Blackstone turns back the clock at George & Dragon

LTP has helped the George & Dragon restore the paving of its popular south-facing beer garden in Dartmouth.

The Kandla Black natural limestone paving – after just three years exposure to the Devon sunlight and weathering – had faded from its original ’black’ / dark grey to an innocuous light grey. 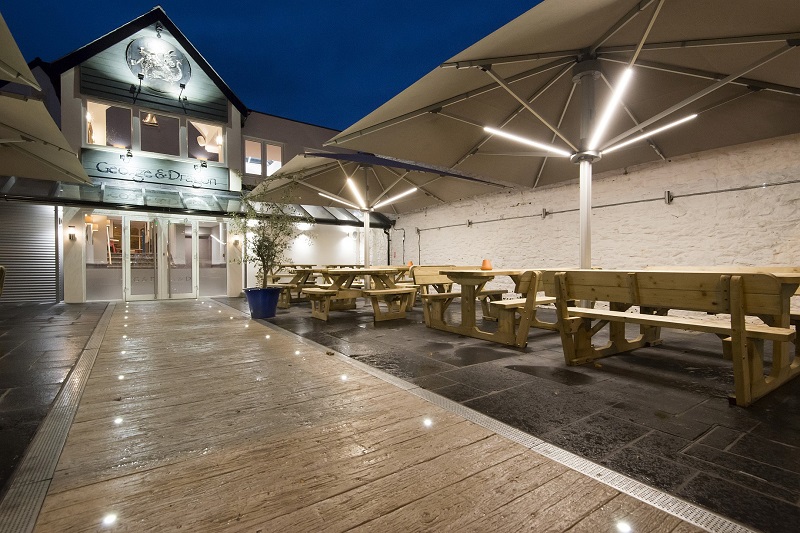 LTP’s ECOPROTEC Blackstone sealer and restorer was chosen to restore the stone’s dark finish and aesthetic contrast between the paving and white walls with grey/green structural steelwork and roof tiles.

The George & Dragon has been a public house for over 200 years and its large paved beer garden is next to and bordered by a historic natural stone wall, once the end of the former shipyards on the foreshore.

The venue’s tardis-like interior now blends old and new, with many original features, as does the paved beer garden that is popular for alfresco dining and live music in the summer. 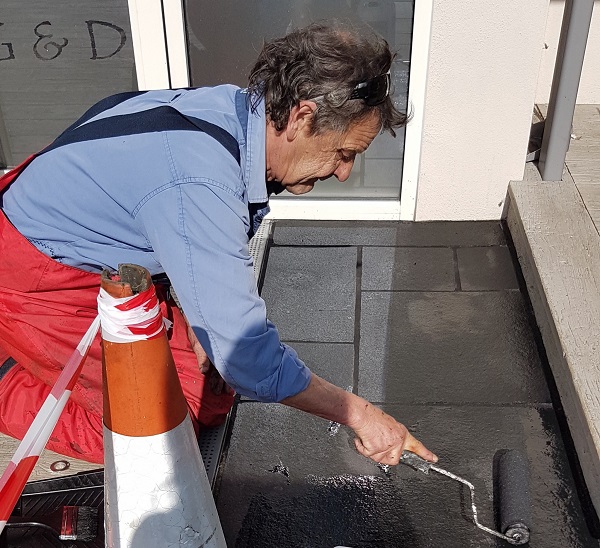 ECOPROTEC Blackstone is a safe, water-dispersed, impregnating, colour enhancing paving sealer that is applied in 2-3 coats - before being ‘cut-back’ with a dilute solution of LTP Powerstripper to give a uniform finish.

The treated surface can be walked on just four hours after the final application and can be returned to normal use within one or two days.

Steel planters at the root of EverEdge's success