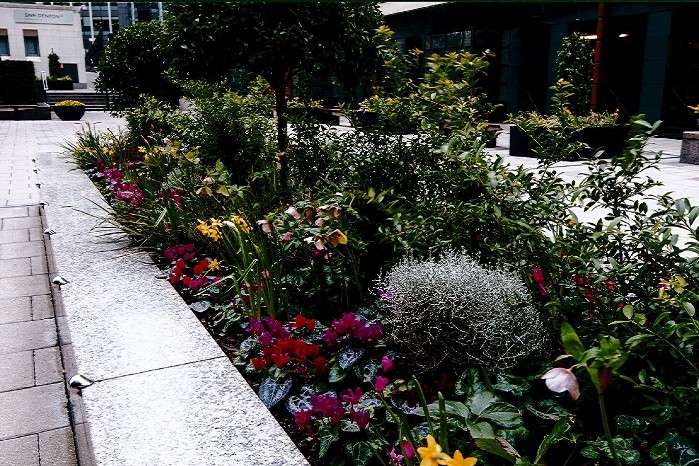 Leading property and asset management company Broadgate Estates has won recognition from the Flowers in the City Campaign for the outstanding landscaping and floral displays at Fleet Place Estate.

Twice a year, a competition is run to identify the best summer and winter displays across London.

The Flowers in the City Campaign was launched over fifty years ago by the Worshipful Company of Gardeners, in conjunction with the Corporation of London.  It aims to "beautify" the City, to make the City a place to be proud of, and a joy to work or live in and focuses on rewarding best practice within the private sector.

Steve Whyman, Managing Director, Broadgate Estates, said: "We are pleased that Fleet Place continues to win recognition for its impressive landscaping by this influential campaign.  As a landmark office complex and home to a number of prestigious companies and restaurants, the quality of the public realm is paramount and we are proud of the attractive and inspirational space that we have created."

Edward Wright, Chairman, Flowers at the City Campaign, said: "Despite this season's very harsh weather and low temperatures, the quality of the landscaping at Fleet Place has never been better.

"Broadgate Estates and its service partner Q&S should be applauded for their relentless hard work throughout the winter and the beauty of their displays as a result."

HTA announces winners of Ornamental Grower of the Year Awards

The Horticultural Trades Association (HTA) has announced the...
...Read More