SuDS: The State of the Nation Round Table 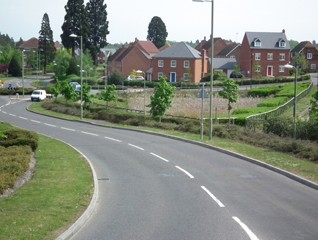 Building Sustainable Drainage Schemes (SuDS) in our towns and cities is widely acknowledged to offer multiple benefits to the environment, to integrated water management and urban regeneration.

Yet delivering SuDS in our urban environment can be challenging, especially where funding streams are unclear, or where successful implementation requires agencies to work in partnership in new and unfamiliar ways.

Hydro International hosted SuDS: The State of the Nation, a Round Table debate, to discuss the opportunities and challenges facing SuDS delivery. It was conducted in association with CIWEM (Chartered Institution of Water and Environmental Management), SBWWI (Society of British Water and Wastewater Industries) and British Water.

The Round Table provided a timely opportunity to discuss the opportunities for future SuDS implementation amongst a distinguished panel of local government representatives, industry specialists and drainage experts. Chair Alastair Moseley, Honorary Vice President of CIWEM, noted the experience, knowledge and passion of all panel members as they set out an encouraging and positive vision for SuDS in the future.

But implementation of legislation that will make SuDS compulsory for new development in England and Wales has been subject to continued delay and the debate was also the launch pad for a specially-commissioned survey of local authorities who will be responsible for approving new SuDS schemes.

The Survey was commissioned by Hydro International for Engineering Nature's Way.  Hydro's UK Stormwater Director Alex Stephenson presented the results of the survey which suggested that delays may have led councils to question the Government's long-term commitment to SuDS implementation.

The survey revealed that 60% of officers believed their councils were not yet sufficiently prepared to take on their new roles as SuDS Approving Bodies (SABS).  They had significant concerns about funding, with only a quarter of respondents believing they had access to sufficient funds to perform their new roles.

The Survey revealed 68% believed the Government was either "˜not entirely committed' or "˜not committed at all' to long-term implementation of SuDS.  For more information about the survey read the report.

A strong lobby by housebuilders and developers concerned about the costs and practicalities of the new proposals is also thought to have influenced the decision to delay implementation.  Of the local authorities questioned in the Engineering Nature's Way survey, however, 63% believed that affordability for developers should not be considered in SuDS approval.

"The really encouraging thing for me in the last two or three years is the number of projects," he said. "There are some really good case studies, some really good surface water management schemes with natural features, sometimes needing proprietary devices to deliver them.

Planning for a brighter future

Preparations for SALTEX 2020 are to continue as organisers assess...
...Read More