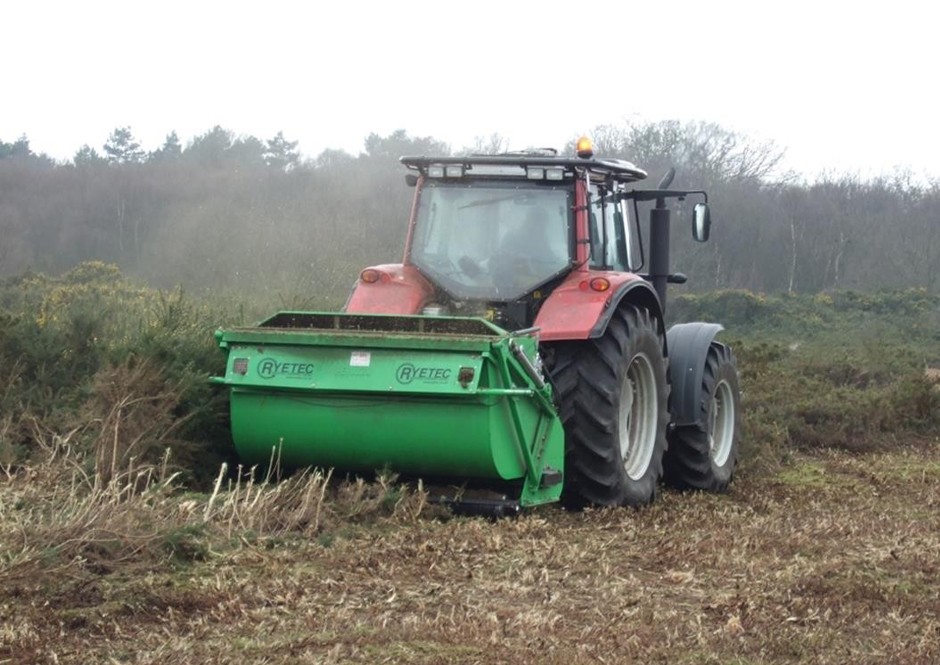 Ryetec's popular Contractor series flail collector, used across the country on conservation work from clearing invasive species to collecting heather seed for regeneration products has been further improved and toughened for the harshest of working environments with the addition of a new version of all but the smallest model. The aptly named Super series available in 6 of the 7 model line-up incorporates significant changes to the flail rotor.

The new Super models feature a flail with a stronger shank and 20mm diameter bolt to fix it to the rotor instead of the normal 16mm on the rest of Contractor range, this is a response to the problem when machines are used in environments where it is impossible to see obstructions such as stones or stumps on land which may never have been cleared by machines, such as heather moorland. To further improve the machines ability to operate with minimum down time in the conservation environment the flail rotor is supported by two heavy duty bearings housed in specially machined supports as opposed to the less impact resistant cast bearing supports used on the standard machines.

Super models also come as standard with heavy duty skids to stop the machine catching on obstructions which may be encountered on rough ground and serve to protect the frame of the machine. Feeder plates can also be fitted to the front of the machine to aid the ingress of tall overgrown material to the flail rotor.  info@ryetec.co.uk

Parents to act now for support with school costs

Despite careful budgeting, many families find it difficult to...
...Read More

The pandemic has impacted on every aspect of daily life and...
...Read More