Hyde Park: Building starts on £5m mega-nursery the size of a football pitch

A new £5 million mega-nursery the size of a football pitch is to be built at London’s Hyde Park.

The Royal Parks announced they are replacing their falling-down greenhouse with a massive super-nursery capable of growing nearly all their 500,000 plants under one roof.

Currently gardeners at the Royal Parks only have enough space to grow 80 per cent of their flowers and shrubs themselves - and are forced to outsource the remaining 20 per cent. 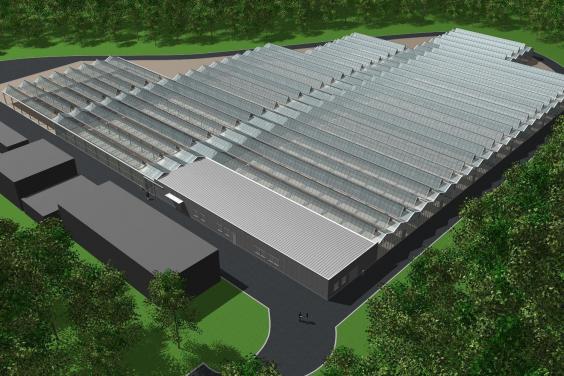 But from summer next year - when the new glasshouse is expected to be opened – the Royal Parks will be growing 98 per cent of their plants.

The new greenhouse - which will be on the same site as the old nursery near the old police house - will also be the UK's first major nursery to have a roof which can open and close on demand, similar to the roof at Wimbledon.

The roof will mean young plants will not have to be moved outside at stages in their growth –saving time and effort.

The head of special projects at the Royal Parks, Steve Edwards, said: “We were faced with a decision – either build a new nursery from scratch or completely outsource.

“However, most commercial nurseries grow a maximum of 100 varieties compared to the 2,000 varieties we require.

“We were simply not prepared to sacrifice the high standard of horticultural excellence that millions of visitors each year have come to expect.”

The Royal Parks looks after 5,000 acres of estates across eight different sites in London.

The new greenhouse is already being built after the old, dilapidated nursery was beyond repair and had to be demolished.

The new glasshouse – which will also save money in the long-run - will be split into 13 different zones which each has a different climate controlled by technology.

John Page from Climate Controls Ltd – which is working with Deforche Construct NV to build the greenhouse - said: “We are delighted to be awarded this prestigious project to design and build a high tech plant facility for the Royal Parks.

“The glasshouse will use the highly versatile unique Cabrio structure which will enable the site area to be utilised to its maximum.”

The new nursery is expected to be operational by summer 2017.

The Arboricultural Association has taken the decision to cancel...
...Read More