Hundreds of playgrounds set to close

Research undertaken by the Association of Play Industries has uncovered the extent to which local authorities across the country have been closing children’s playgrounds.

This new research revealed that between 2014/15 and 2015/16 local authorities across England closed 214 children’s playgrounds, and when asked about future plans they admitted their aim to close a further 23. 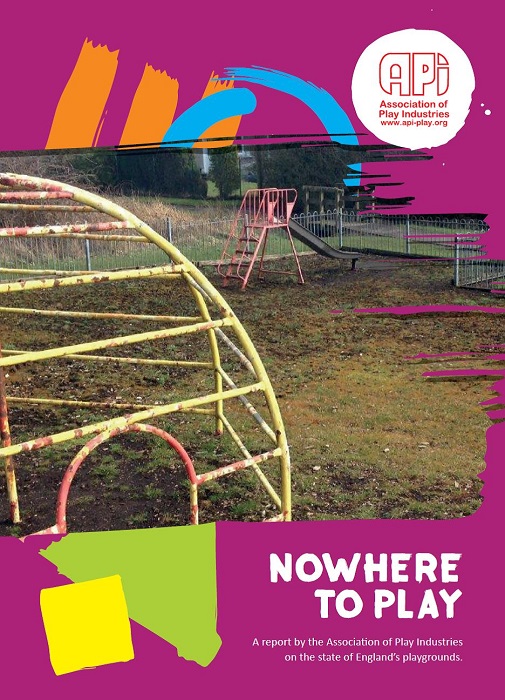 These closures come at a time when childhood obesity and wellbeing are high on the Government’s agenda.

Mark Hardy, Chairman of the API said: “With increasing childhood obesity and the health benefits of activity and play well known, now is not the time for community playgrounds to be closing. This action goes against the Government’s clear intention to get children more active and needs to be stopped as quickly as possible. Our survey revealed a 37% cut in Government funding to local authorities.”

The report, ‘Nowhere to Play’, shows that £100 million could reverse the decline and get us back on track to increase the number of playgrounds available to children across the country.

"We are also realistic in realising in this period of austerity that direct government support may simply not be available and therefore urge government to support reinstatement of funding from the Big Lottery," he added.

“We know that money is tight for councils across the country, but we can’t just stand by and watch as children's playgrounds close.

"We are calling on the Government to halt this decline and invest in the next wave of playgrounds to ensure our children have access to free play and activity.”

A survey is being undertaken by government (delivered by Fera...
...Read More