Twelve million people play grassroots football in England, with more than eight million of them being adults.

The Football Association has launched a new report to understand the social and economic value of the adult grassroots game, in which no-one is paid to play and no-one pays to watch.

In what is the largest study of this type to date for a National Governing Body in the UK, the FA canvassed approximately 9000 participants to provide a nationally-representative sample that allows for robust statistical analysis.

The report has shown just how valuable grassroots football is for both the health of individuals and the nation, saving the NHS over £43 million per year through reduced GP visits as well as contributing a total of £10.769 billion to the UK economy.

“Grassroots football is ingrained and embedded in many local communities and, as this important report shows, it makes substantial contributions to the economy and to the quality of life of those who play the game,” says Michael Kitson, an economist at Judge Business School at Cambridge University. 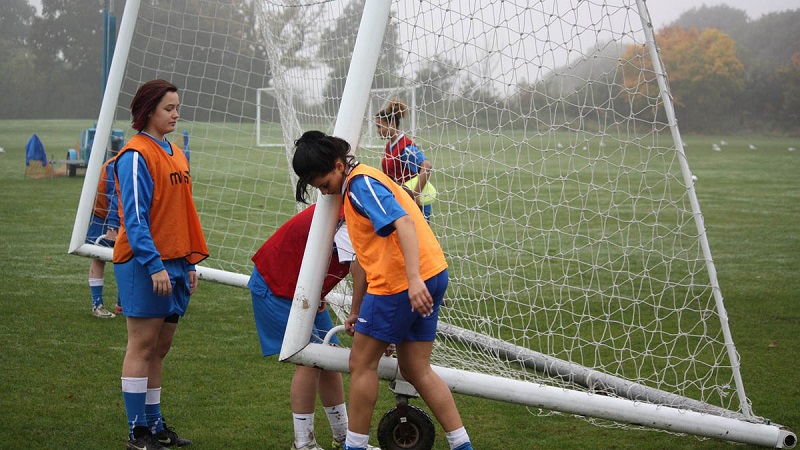 “Grassroots football in England is evolving and developing: there are rising rates of female participation, new formats of the game and new opportunities to participate.

“This report shows the significant impact that playing football, in all its forms, has on the economy and on the quality of life of those playing the game.

“It has frequently been argued that playing football improves health, social engagement and self-efficacy.

“This report not only provides rigorous support for many of these benefits, it also provides quantitative estimates of the impacts which show the substantial social return from playing football.

“Although measuring direct economic impacts is important, this does not fully capture how activities, such as playing football, may influence the quality of life.

“Those who play football report significantly higher levels of general health, happiness, confidence and trust compared to those who do not play sport.

“Participating in football is associated with improved physical and psychological health. Regular footballers are healthier than those who do not play the game, and this means that they visit the doctor less often.”

Responding to the launch of the Football Association’s report into the social and economic value of adult grassroots football, Chairman of the Local Government Association’s Culture, Tourism and Sport Board, Cllr Gerald Vernon-Jackson said: “Councils recognise the importance of having accessible, good quality football pitches.

“However, only one in three grass pitches are of adequate quality and one in six matches are called off due to poor quality.

“While the FA’s investment in grassroots football will go some way to maintaining local pitches, at the current rate of investment it will take over 25 years before local pitches are brought up to a good standard.

“This is why it is vital that the forthcoming Spending Review recognises the importance of grassroots football and ensures that councils are properly funded to meet the needs of their residents.”

The HTA (Horticultural Trades Association) has announced that it...
...Read More