World War I anniversary programme protected over 200 parks and green spaces from loss to development.

A new report from environment charity Fields in Trust identifies 232 green spaces across the UK, totalling more than 660 hectares, which have been legally protected as part of the Centenary Fields, World War I anniversary programme, delivered in partnership with The Royal British Legion.

The report, presented as an online story map, (at www.fieldsintrust.org/centenary-fields) reveals that the Centenary Fields programme has protected a total of 232 parks, memorial gardens, woodlands and other green spaces with a link to the Great War.

From Cardiff to Shetland and Antrim to Kent, these precious green spaces are now legally protected forever, ensuring they will always remain as places of remembrance to the generation who served and sacrificed.

Nearly 1.37 million people across the UK now live within a ten-minute walk of a space protected forever as part of the Centenary Fields programme; spaces now secured forever for play, relaxation and the enjoyment of nature. 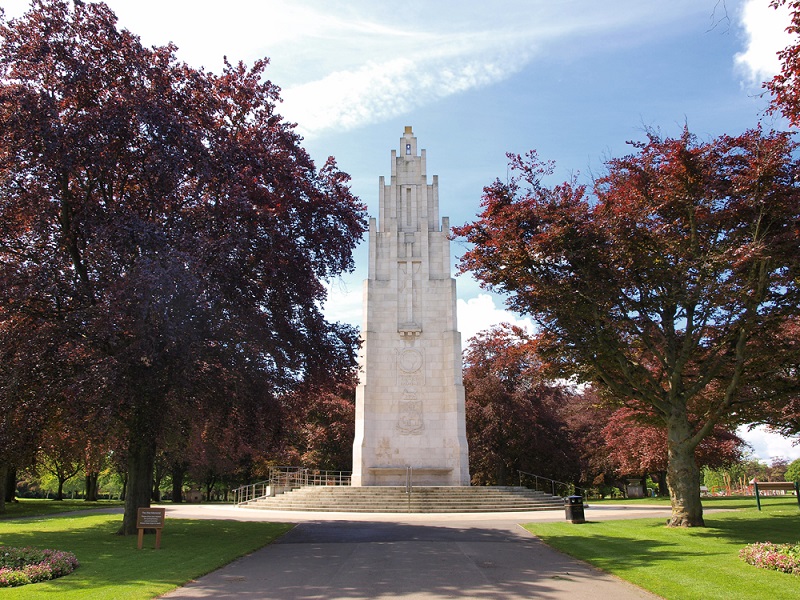 Centenary Fields was launched in July 2014 at Coventry's War Memorial Park by Fields in Trust President, HRH The Duke of Cambridge where he said: “Each moment of play or leisure that takes place on a Memorial Field is, in a way, an act of remembrance. I am delighted that Fields in Trust have identified these Centenary Fields as a vital part of our national heritage and well-being, which we cannot take for granted.” Two years later, in November 2016, The Duke marked the mid-point of the centenary commemorations by unveiling the plaque at Kensington Memorial Park in west London. Once legal deeds had been completed the final Centenary Fields were protected in 2020 as the programme drew to a close with 232 spaces now secured forever.

Fields in Trust Head of Programmes, Angela Lewis, said: “This report not only details the green spaces secured forever in our national programme to commemorate the centenary of World War I but also sets out how communities across the UK engaged with the anniversary of the War. Through the coronavirus pandemic we've realised just how valuable parks and green spaces are to our health and wellbeing, yet across the UK only 6% of parks are protected and access to them is not equitable. So were delighted that these spaces are now protected, not only commemorating the sacrifices of those who gave their lives during the conflict, but also guaranteeing that future generations have valuable places to enjoy as a living legacy.”

Across the UK local authorities, town, parish and community councils, along with sports clubs and other landowners all dedicated green spaces as part of the anniversary. The legacy from the Centenary Fields programme is a network of protected parks and green spaces in which people will always have somewhere to run, play, share a picnic or just take a moment to reflect on the sacrifice made by the World War I generation, to whom is owed so much.

In the period until Remembrance Day on 11th November Fields in Trust will be sharing stories of the protected spaces. The full report is available to explore online at www.fieldsintrust.org/centenary-fields including an interactive map so you can find protected spaces close to home.

The Lawn Association is launched

The lawn is the most ubiquitous feature of the British garden....
...Read More

The Landscape Institute has announced over 60 finalists for its...
...Read More