All systems go for Festival of Turf

The Prime Minister’s announcement on 5 July regarding updated plans for the unlocking of the country has teed things up nicely for the Festival of Turf as BIGGA’s inaugural summer event gets the green light to become the first industry exhibition held in a post-lockdown setting.

With BIGGA members eager to reunite for an event this summer following the cancellation of January’s BTME, the Festival of Turf will be a gathering of turf managers from all over the UK, joined by some of the industry’s leading commercial supporters. 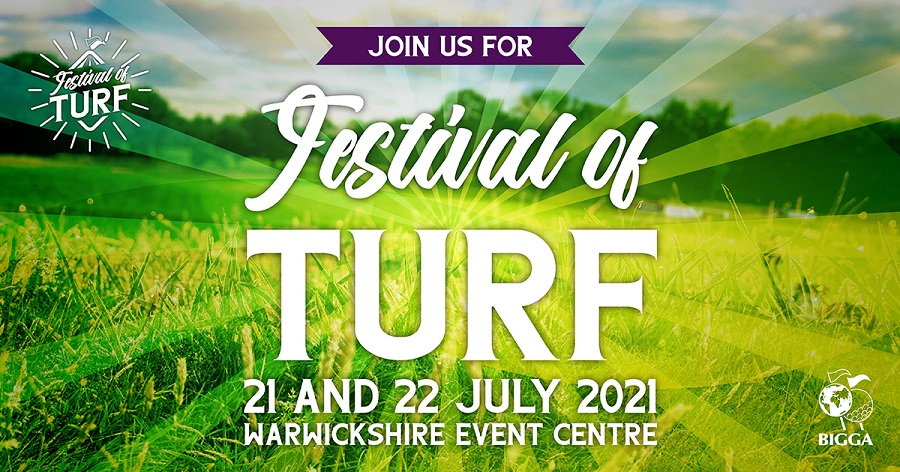 The latest update issued by the Prime Minister on Monday 5 July detailed how face masks will no longer be a legal requirement and social distancing rules will be scrapped on 19 July, two days before the Festival takes place.

Measures such as increased cleaning, hand sanitiser stations and good ventilation will remain in place for the Festival, which has received the Good to Go accreditation. And the Prime Minister’s reaffirmation of the roadmap out of lockdown is a great step towards normality, giving added confidence that the Festival will be a fantastic success.

Taking over BIGGA’s Twitter and Instagram channels for the Festival will be Anna Nilsson, irrigation technician at The Belfry and social media sensation. As special guest social media ambassador, Anna will be documenting the day’s events, so make sure you say hi if you see her.

The Prime Minister has announced an additional £50 million in...
...Read More

The Woodland Trust is set to revolutionise the conservation...
...Read More