Tower of London ‘Superbloom’ to flourish thanks to Sheffield Professor

Millions of flowers will encircle the Tower of London next summer to celebrate the Platinum Jubilee of Her Majesty The Queen, thanks to a major collaboration between Historic Royal Palaces and Professor Nigel Dunnett, it has been announced.

The ‘Superbloom’ project will see 20 million carefully selected seeds sown in the Tower’s moat, creating a vibrant sea of continuously evolving flowers from June to September 2022.

Professor Nigel Dunnett from the University of Sheffield’s Department of Landscape Architecture, who has designed the unique seed mixes, said: “we hope that the effect of being surrounded by a sea of colourful, sparkling and vibrant flowers will release feelings of pure joy in visitors – it will be such a powerful, emotional and celebratory experience.” 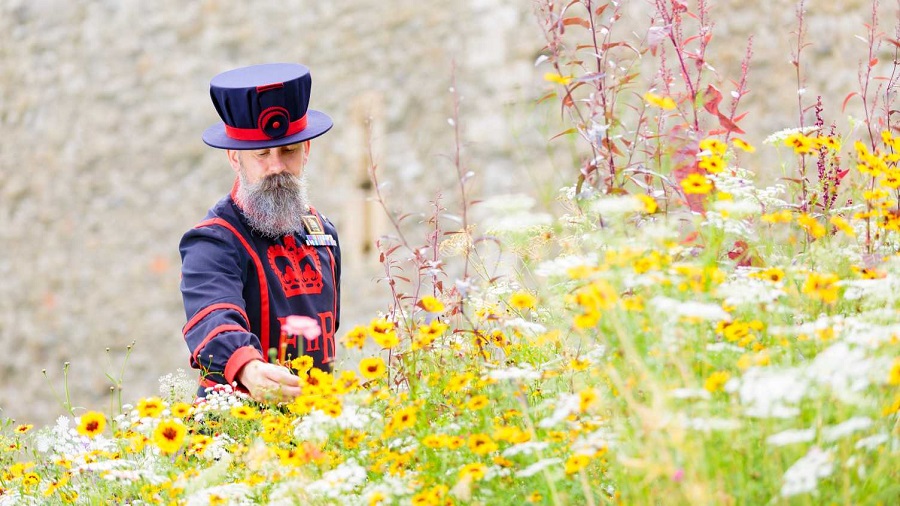 Sowing will take place in Spring 2022, following a year of extensive testing and planning.

For the first time, the Tower of London’s moat – a space built in the 13th century to keep people out, will welcome visitors in – from June 2022 it will be open every day for visitors to witness the spectacle of the ‘Superbloom’ close-up.

The project marks the first stage of a transformation of the moat into a new natural landscape in the heart of the City of London, as a permanent Jubilee legacy.

With a planting scheme designed to attract bees, pollinators and seed-eating birds, the flowering display will provide a biodiverse space to support wildlife.

Nigel added: “we’ve undertaken a lot of testing and trials to ensure that we deliver dramatic, beautiful impressionistic blends of colours, a long and continuous sequence of flowering and a wonderful place for pollinating insects.”

‘Superbloom’ follows the successful ‘Poppies’ and ‘Flames’ installations in 2014 and 2018, which commemorated the Centenary of the First World War.

The project, which was conceived by Historic Royal Palaces (HRP) – the charity which cares for the Tower of London – and involves landscape architects Grant Associates, has been in the planning for several years.

Nigel said: “The inspiration for the Tower of London ‘Superbloom’ came from my experience of being in the real ‘Superbloom’ of 2019 in Southern California, where whole mountain ranges changed colour with flowers.

“In communicating to HRP my experience of being surrounded by millions of flowers, the rare and special nature of these superblooms and the transformative effect this had on the hundreds of thousands of people who, like me, came to see an amazing natural phenomenon, the idea of creating a similarly rare and special event in the moat in 2022 was born.” 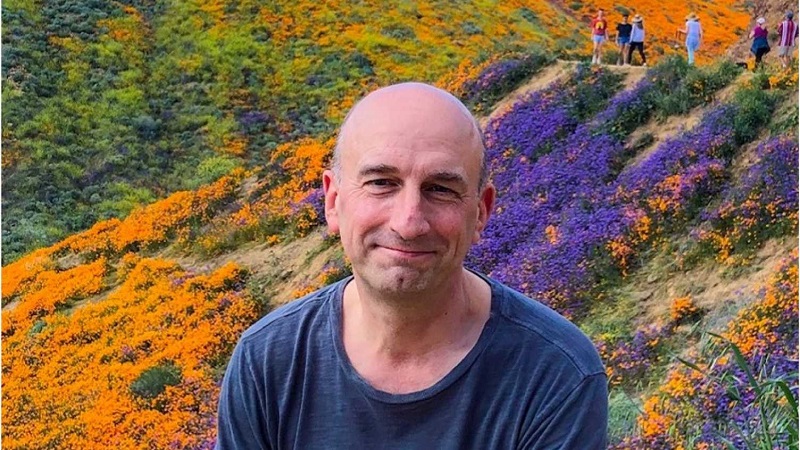 In summer 2021, Nigel led extensive tests at Sheffield-based social enterprise Green Estate, to ensure that the planting delivers a long and continuous sequence of flowering for visitors to enjoy.

Nigel added: “The Tower of London ‘Superbloom’ has its roots in the Department of Landscape Architecture at the University of Sheffield and very strong Sheffield connections. It's the latest in a long succession of 'designed superblooms' arising out of research in the Department.”

“This research, which developed reliable designed meadow seed mixes, was originally applied in parks and housing areas as well as along highways in Sheffield.”

Andrew Grant, Director, Grant Associates, said: "the prospect of transforming the Tower of London moat from barren amenity grassland into a spectacle of nature was irresistible and we look forward to seeing this historic evolution unfold over the coming months.”

“We anticipate this bold intervention will be a catalyst for many other transformational projects across the country, bringing colour and life to renew our urban neighbourhoods."

The HTA has called on government to focus on building a more...
...Read More