Neighbourhood green space provision has declined by one third in 21st-century developments, resulting in 9m fewer trips to green space every year.

New analysis by New Economics Foundation reveals a much broader decline in green space provision, linked to how the UK planning system is designed and how it builds communities.

The NEF combined data on public green space provision from the Office for National Statistics (ONS), data on the average age of local housing stock from Datadaptive and new national survey data on public perceptions of local green space from Natural England.

That allowed it to compare experiences of green space in communities across England and Wales based on the generation of housing which dominates in the area, and hence the generation of planning law which governed its design. 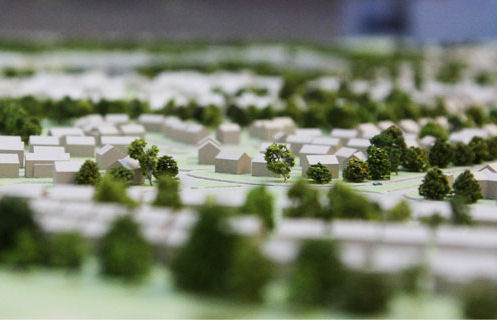 The NEF has discovered stark differences in green space provision across development periods. For example, in neighbourhoods where most of the housing was built between 1930 and 1939, the median size of a neighbourhood’s nearest park was around 61,500 m2 (around 8.5 football pitches). The equivalent figure for developments dominated by post-2000 housing is 36,200 m2 (5.0 football pitches) – a 40% decline.

This is driven by factors such as the collapse of council house building and the freedom given to developers to cut public amenities like green space in order to make higher profits, has a societal impact. The provision of green space in our newest neighbourhoods is substandard, and the impact can be seen in individual behaviours.

Local public green space is not just window dressing: it is a fundamental building block for a good quality of life. Its benefits, and role as an equaliser of wellbeing and opportunity have also been the subject of a recent surge in scientific investigation. New research demonstrating the role public green space plays in better educational outcomes, physical health and multiple dimensions of mental and social wellbeing, resilience, and recovery has edged green space provision into the scientific and public health mainstream.

The NEF is supporting the Nature For Everyone petition, which is calling for a legal right to nature.

The Nature for Everyone coalition, comprised of more than 80 nature, planning, health and equality organisations, is calling on the government to make equal access to a high-quality natural environment a key measure of success for the levelling-up agenda, establish a new legal duty for developers and public bodies to provide equal access to nature-rich green and blue spaces, and extending the Levelling Up Fund to green infrastructure projects.

Nearly 50 volunteers from across England are welcoming visitors...
...Read More