A recent survey on the impacts of ash dieback found nearly a quarter of the local councils surveyed expect their total costs for dealing with ash die back to amount to over £10m.

The survey, conducted by the Association for Public Service Excellence (APSE), also found that 75% of local authority respondents expect their ash tree population to fall by 60 –95%, putting the carbon reduction objectives of local and national tree planting strategies at risk.

The management of ash dieback is proving a real challenge for tree managers as to whether trees should be felled, or allowed to stand, in order to develop resistance to the disease and protect species which are reliant upon the ash for their home. 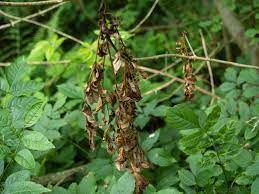 There is also the issue of public safety with regards to falling branches, a symptom of the disease. Having received a number of enquiries as to how local councils are dealing with ash die back, APSE pulled together a survey of our member authorities.

Of the local authorities surveyed:

Paul O’Brien, APSE Chief Executive, said, “At a time when there is a national drive to increase tree numbers to combat climate change and carbon emissions, talk of the UK losing at least 75% of its ash population to ash dieback will have a hollowing effect on the carbon reduction objectives of tree planting strategies.

“From the results of the survey, it is clear there will be a large expense involved in dealing with ash dieback, and it is unlikely local authority budgets alone will be able to deal with these costs. Therefore, over the coming years it will be anticipated that Government will need to step in, not only to promote the planting of new trees to address climate change, but also to help deal with the felling and removal of dead and dying ash trees.

“Dealing with ash dieback may very much be like trying to hold back waves, as the disease is now so entrenched in the UK’s ash tree population. But that does not mean we cannot learn lessons, such as having the correct biosecurity measures in place to prevent the future importing of tree and plant diseases, if we are to ensure we can guarantee the future health of our trees and woodlands.”

APSE will be holding an online seminar on 21 September exploring in greater detail the risks to service delivery and climate objectives ash die back poses for local authorities, as well as measures currently by employed by councils to mitigate these risks. For more information about this seminar, and how you can book your place, please contact APSE Principal Advisor Wayne Priestley at wpriestley@apse.org.uk

Oliver Tambo Recreation Ground in Haringey has been named at the...
...Read More