BIGGA announces the FTMI Class of 2022

The British & International Golf Greenkeepers Association (BIGGA) has revealed the 20 ambitious greenkeepers who will participate in the Future Turf Managers Initiative 2022.

Each year Jacobsen and BIGGA invite 20 up-and-coming association members to participate in the intensive training programme, which has been credited with developing some of the greenkeeping industry’s most influential course managers and head greenkeepers.

This year Jacobsen and BIGGA celebrated the first FTMI graduate to achieve the links superintendent position at an Open Championship venue in the form of Royal Liverpool’s James Bledge. 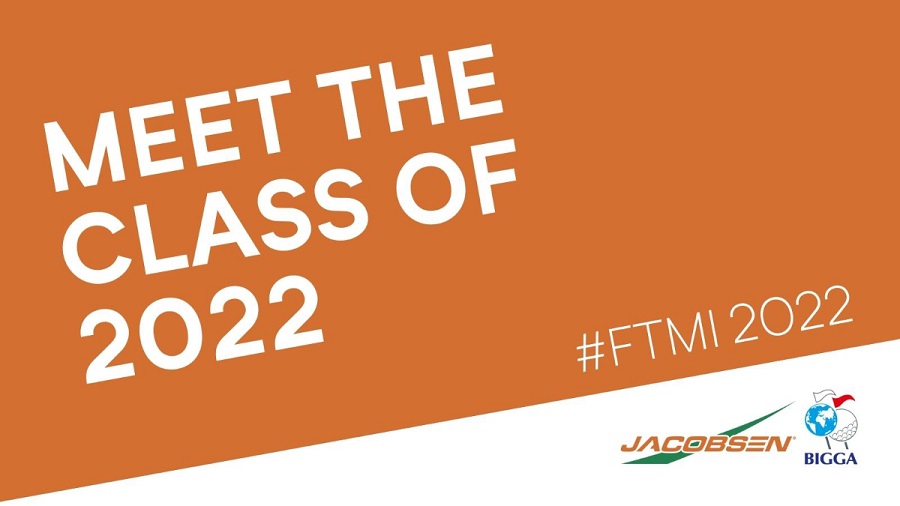 FTMI was first hosted in 2013 as a two-day education event and since then has expanded around the world, with similar schemes being introduced in Spain, Portugal, Australia and New Zealand.

For 2022 the structure of FTMI has been adjusted to become a hybrid event that combines workshops at Ransomes Jacobsen’s headquarters in Ipswich, online education sessions and two days of education at BTME in January 2023. FTMI focuses on personal and professional development, rather than agronomy-based subjects, and utilises the expertise of leading course managers, dynamic trainers and industry experts to mentor and educate the next generation of industry leaders.

Candidates are selected based upon an anonymous judging criterion, with the panel gaining an insight into the achievements and ambitions of each applicant, who must be educationally active on a national and regional level.

BIGGA Learning & Development Executive Deb Burnett said: “As an increasing number of FTMI graduates achieve success in their careers, we are reminded of what an incredible learning opportunity FTMI is for BIGGA members. When the 10th FTMI class convenes this year, we’ll be welcoming some of those early delegates back as mentors and I look forward to seeing them inspire the 2022 class, who will then gain the knowledge they require to achieve similar greatness in their own careers.

“Our youngest candidate this year is 22, while the oldest is 47 and that shows how FTMI is available to all BIGGA members. All you need is the desire to learn and progress your career and I’m delighted that among the Class of 2022 we have such a varied mix of people who can share ideas and experiences and who have all got through to this stage based upon their own merits.”

The UK’s biggest outdoor trade show for the sports and grounds...
...Read More