A new range of McCormick four-cylinder tractors with a number of performance and driver comfort advances will be launched at the LAMMA 2019 show as McCormick manufacturer Argo Tractors aims to wow visitors with one of its most ambitious stand presentations.

The McCormick X7.440 P6-Drive destined for the event will represent a three model line-up of higher-spec four-cylinder tractors with maximum power outputs from 141hp to 176hp with ‘power boost’ on all models and a new slick-shifting powershift transmission.

The tractor will be displayed among a selection of models representing the mid- to high horsepower span of the McCormick range, from the 119hp X6.45 to the 310hp X8.680 VT-Drive. 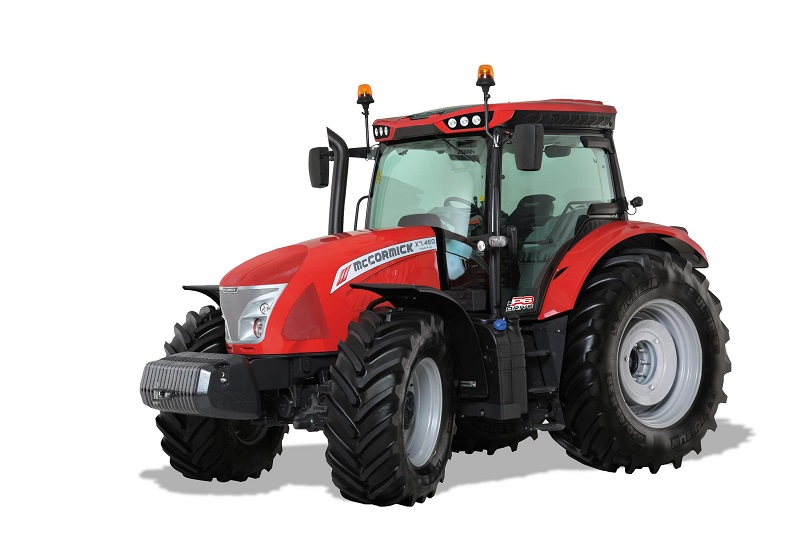 “Our stand at LAMMA 2019 will make a clear statement about how the McCormick range has developed into a thoroughly modern line-up of products supported by independent dealers who put customer service at the top of their priorities,” says Adrian Winnett, managing director of UK operations.

The new Tier 4 Final versions of the McCormick X7.4 tractors offer a well-equipped machine capable of handling a wide range of tasks on livestock, arable and mixed enterprise farms.

There is a choice of simpler-spec Efficient and full-feature Premium semi-powershift models, and stepless transmission models to the Premium specification.

All versions are powered by a 4.5-litre BetaPower engine from FPT Industrial, with an SCR plus DOC emissions control package for Euro Stage IV / US Tier 4 Final compliance. But there is no DPF soot filter, which on tractors with such a device requires an occasional fuel burn to clear ash deposits.

Performance with pto-driven implements and when pulling trailers, tankers and spreaders has been given a lift now that boost power features on all models.

The X7.440 has a maximum power output of 141hp for draft work, which automatically increases to 150hp under load in the upper gears – ie for transport applications – and when a pto-driven field implement is being operated.

Organic solutions from Suståne to be found at BTME

As one of the most comprehensively researched organic fertiliser...
...Read More

Following their official re-brand in July 2021, Redexim will be...
...Read More