Visitors to this year’s BIGGA Turf Management Exhibition (BTME) will have the opportunity to get their hands on the Mixto hybrid turf system.

idverde, the UK’s exclusive supplier and installer of Mixto, is excited to bring the innovative sports surface to Europe’s leading exhibition for turf professionals and buyers, with a stand featuring hands on displays showing the turf system in its various stage of installation and regeneration.

Mixto is a reinforced natural hybrid surface, consisting of a synthetic and a natural grass component. The added strength from the artificial turf improves the durability of the pitch, with playing time increased to around three times that of natural turf, and with no noticeable change in surface performance to players. 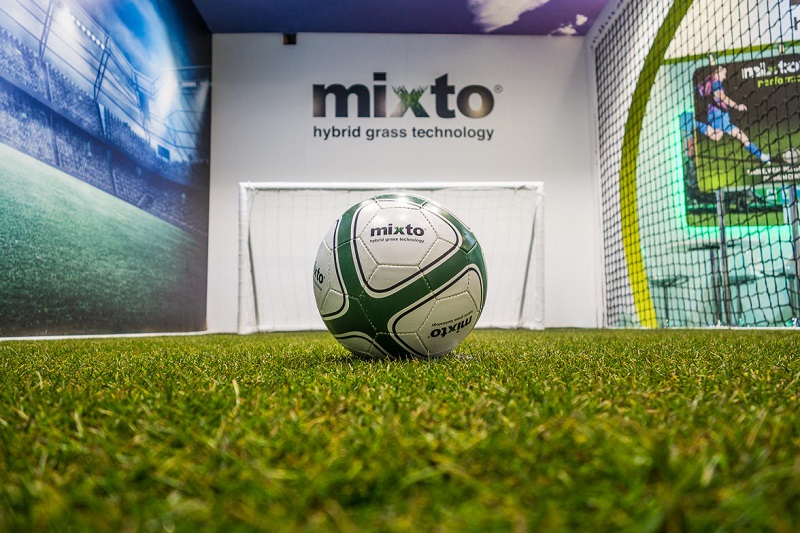 The Mixto hybrid turf system has been installed at several UK clubs, including Sheffield United, Portsmouth FC, and Peterborough United FC (“The Posh”), where it has received excellent feedback from the grounds team for its quality and durability. The hybrid sports surface has also been chosen by some of the biggest and best international clubs, including Real Madrid and A.C. Milan, as well as 2018 World Cup semi-final venue, Zenit Arena in St Petersburg.

And Mixto is not just for sports fields. The system can be deployed wherever a hard-wearing grass surface is paramount. It has applications in golf, parks and public amenity areas, to name but a few.

Steve Tingley, Operations Manager for idverde Sports Surfaces said:“We’re delighted to be bringing Mixto to BTME once again. The show offers an unmissable opportunity for pitch care professionals to come and see Mixto for themselves and the benefits that this versatile and durable sports surface can offer.

“We look forward to welcoming visitors at stand 250 in the Red – North zone.”

The Sports & Grounds Expo will now launch in July 2021

We have been closely monitoring the Coronavirus (COVID-19)...
...Read More

Due to popular visitor demand, show organisers have revealed that...
...Read More