With over 16,000 machines in circulation, Timberwolf is the UK and Europe’s leading professional wood chipper manufacturer.

Timberwolf will be showcasing two of their most popular machines at SALTEX this year; TW 230HB(P) and TW 230VTR. 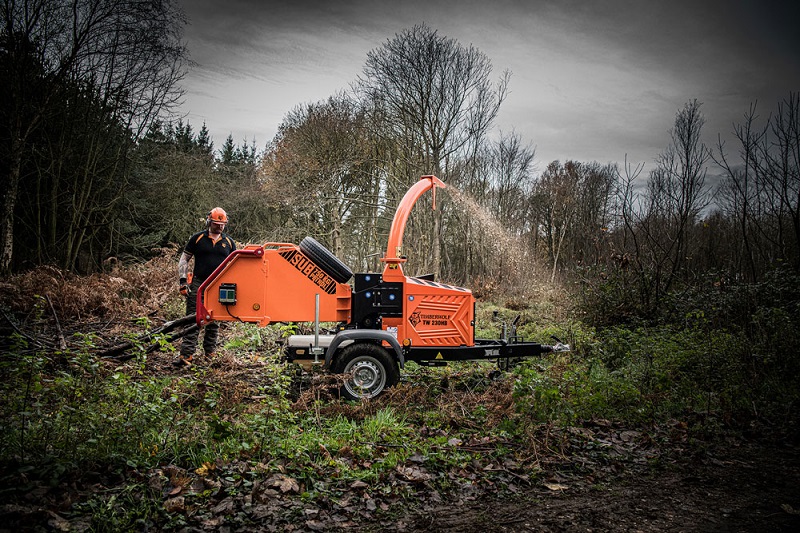 The TW 230HB is the wood chipper of choice within the industry. Thanks to its sub 750kg weight, Stage V compliant engines, in both diesel and petrol variants, the TW 230HB has superior performance, reliability, longevity and serviceability.

The Timberwolf TW 230VTR makes for the perfect tracked hydraulic machine. Featuring WolfTrack™ Dual Speed Tracking System providing double the speed to cover ground efficiently and get to the job site quickly as well as the Variable Width allowing a minimum width of 810mm for tight access, even through a standard garden gate. Available in Stage V compliant high power petrol and high torque diesel variants.

Timberwolf has the industry’s strongest support network, featuring over 220 Timberwolf trained technicians operating from 38 depots and dealers across the country. All Timberwolf machines come with a three-year warranty as standard which can be extended to a five-year warranty, an industry-first.

Meet the Timberwolf range at SALTEX on stand H085.

PR and marketing agency Fusion Media has parted ways with the...
...Read More

Award-winning electric tractor from Farmtrac back at LAMMA

Farmtrac’s all-electric FT25G tractor will be back at LAMMA. ...
...Read More