Distributor Reesink Agriculture is taking five of its leading tractors from Farmtrac to LAMMA 2023.

The fantastic five comprises the FT25G – the industry’s first all-electric compact tractor; the FT26 – the brand’s best seller for a compact performance; the FT6050 and 6075E – two of its biggest hitters when it comes to productivity; and its small but mighty FT22 to the show at Birmingham NEC in January.

Steven Haynes, tractor sales manager at Reesink Agriculture, comments: “This is the most comprehensive selection of tractors we’ve taken to LAMMA and the reason for that is visitors respond incredibly well to the Farmtrac range, quality and value and we want to give them a close-up look at what the brand has to offer.

“The show has become a key event in our calendar, so it was right to make LAMMA 2023 our biggest yet.” 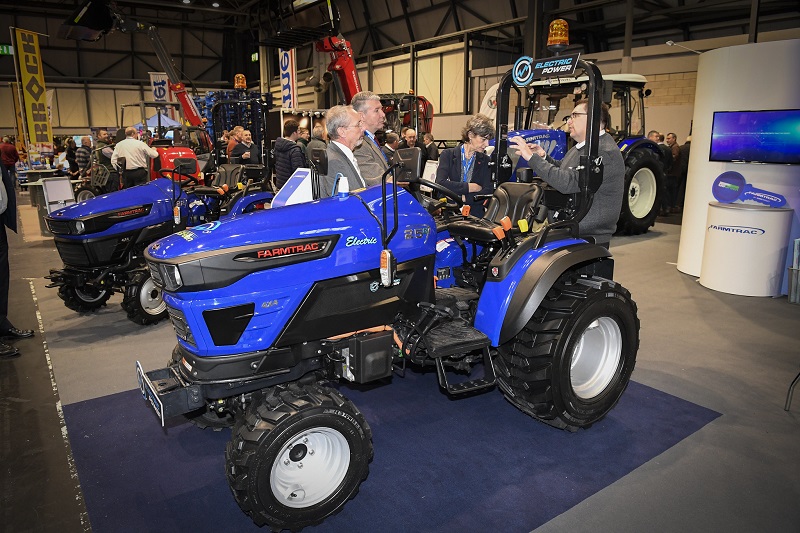 Most people in the industry have heard of the all-electric FT25G by now. It’s gone from strength to strength since it launched at LAMMA a couple of years ago, praised for bringing zero emissions, minimal noise and vibration, high energy efficiency, and low operating and maintenance costs, to the UK’s farming sector. It’s acknowledged by electric vehicles and technology enthusiasts in the industry for demonstrating how businesses can benefit from greener technology without compromising on productivity.

Alongside the FT25G will be the FT26 with its universal appeal for those who need results in tight areas. The popularity of this model stems from its light and narrow body that effortlessly fits in smaller indoor spaces, as well as their short turning radius which makes them highly manoeuvrable and opens them up to multiple audiences – such as smallholdings, equestrian centres and growers. Plus, it has an impressive 750kg lift capacity at hitch point.

The most compact in the range, the FT22, will also be making an appearance. It may be small, but it’s packed with performance possibilities, offering great value and plenty of scope with a wide range of customers thanks to it being available with turf, agricultural and industrial tyre options.

Rounding out the crew will be the FT6050 and FT6075E utility tractors. Designed with next generation DPF technology, the largest models in Farmtrac’s utility range bring the utmost power from their eco-friendly engines with low emissions but much more fuel economy for cost-effective operation. And it doesn’t come at the expense of performance: with a 47hp and 75hp engine, respectively, both tractors offer best-in-class torque to carry out heavy work.

To check out these cutting-edge machines, visit stand 105 in hall 18.

Not only did Campey Turf Care Systems enjoy a successful SALTEX...
...Read More