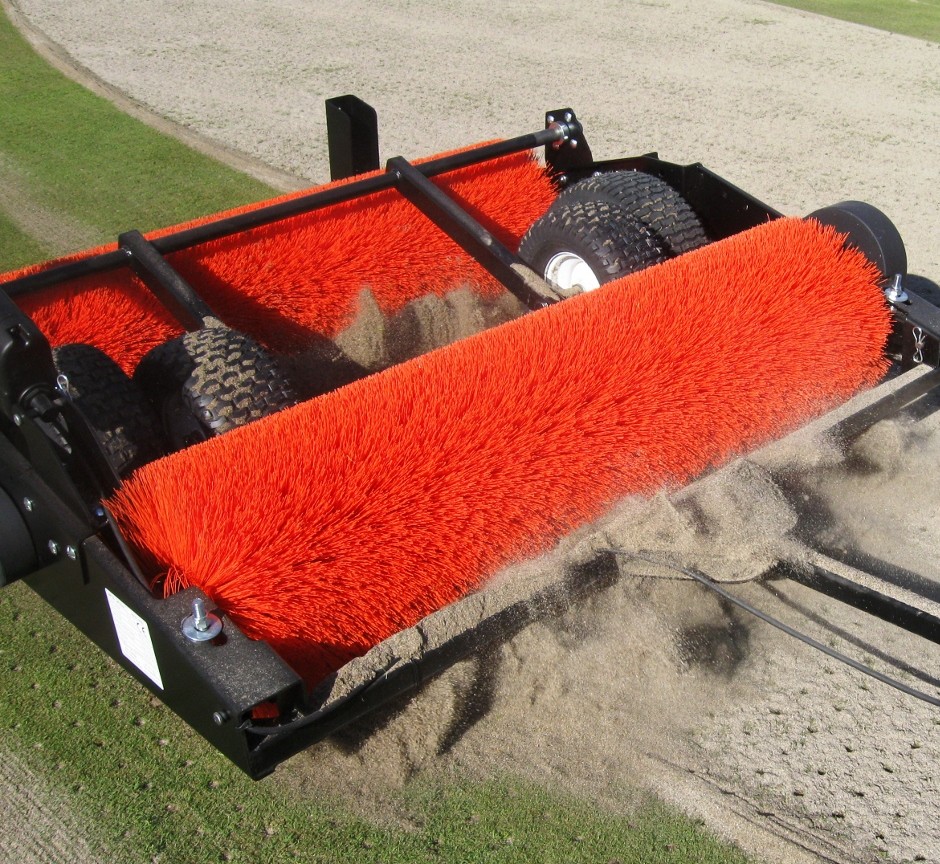 JSM Distribution and Dream Turf LLC (Greenville, Ohio) have announced they have reached an agreement to transfer the UK distribution rights for the "˜original' Sweep N Fill brush system to The Double A Trading Company Ltd, Cupar, Fife – effective from February 1 2014.

"The recently announced changes to our business which take effect through 2014, made us realise that it would be unlikely that we could also provide the necessary focus to support the strong and continued growth of this product in the UK market. It was then a case of identifying a suitable new home for the Sweep N Fill where it could continue to flourish, and Double A fit that bill," commented David Cole (JSM).

Inventor, patent holder and manufacturer of the Sweep N Fill, John Heitfield (Dream Turf) adds: "We are very appreciative of the great job done by JSM in establishing our product in the UK and look forward to working with the team at Double A to ensure a smooth transition and continued success. They have the experience and focus to drive the Sweep N Fill forward."

Originally designed, developed and patented by golf course superintendent, John Heitfield, the SNF III was launched at BTME 2013. It built on the legacy of its predecessor with enhancements to make it even more user friendly. These included a narrower transport width, faster and higher transport lift & enclosed drive mechanism.

The ground driven brushes can be towed by a golf cart, bunker bike or small utility vehicle. The brush action mimics a "˜push-broom' action – gently flicking the plant leaves upright while moving sand and topdressing into aeration holes and the crown of the plant. The unique firmness of the brush bristle took time to perfect, to ensure that it was stiff enough to work-in material and groom the turf, yet is also kind to the plant.

Sandy Armit, Managing Director – The Double A Trading Company Ltd says: "The Sweep N Fill Brush fits well with our current distribution business and we look forward to working with both existing and new customers and dealers to carry on the good work already done by JSM and continue in developing Sweep N Fill business in the UK."