Avant has developed a new, innovative solution for improving the performance of the drive circuit in Avant loaders - Optidrive.

The drive system in Avant loaders consists of a variable displacement hydraulic pump, four hydraulic drive motors and some valves which are connected together with hydraulic hoses and fittings.

This system where the drive power is conveyed from engine (electric motor on Avant e-series) to the wheels using hydraulic oil is often referred to as drive circuit. Instead of mechanical axles Avant uses a design where there are four separate hydraulic drive motors, one on each wheel of the loader. 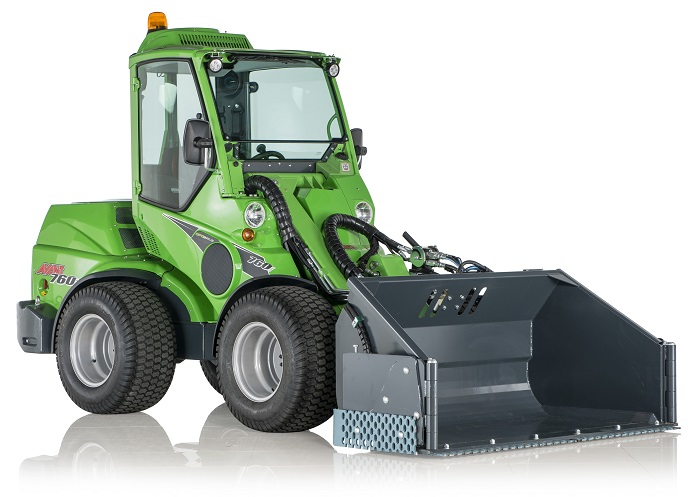 Avant was the first manufacturer to design and utilize such a system in a compact loader. This system has proven to be very effective, offering lots of pushing power and yet enabling a very compact design to the loader while maintaining an extremely low center of gravity, which is an important part of the great stability of Avant loaders.

Through research and development Avant has now improved this system with an innovative way of rethinking. When hydraulic oil flows at high flow rate in the drive circuit – in hydraulic hoses, fittings, motors and valves – the resistance in these components heats up the hydraulic oil. The more there are hoses and fittings, the quicker the oil heats up, which means that all that unnecessary heat generated in the system uses a part of the engine output in vain. This also results in higher fuel consumption and less engine power is available for the actual job.

In the new system the amount of hydraulic hoses and fittings has been radically reduced and optimized, where the name Optidrive derives from as well. The new Optidrive is a standard feature first in Avant 700 series, later also in the 500 and 600 series.

Hayter, the makers of the finest mowers, celebrate 60 years of...
...Read More

Agwood Ltd, based at Swingfield, near Dover in Kent, is the...
...Read More