Kent-based contractor Guy Gregson has marked his 30th anniversary in business by treating himself to his fifth all-terrain Mercedes-Benz Unimog.

His U218 implement carrier was supplied by Dealer Lloyd Ltd. It replaces the 23-year-old U1600 which Mr Gregson had been using for the last four years, and which he has now traded in.

The U218 is the smallest truck in the Unimog range and, thanks to its narrow, 2.15m-wide cab, and a 12.6m turning circle comparable to many cars, exceptionally agile. With permanent all-wheel drive and a fuel-efficient 5.1-litre four-cylinder engine that produces 130 kW (177 hp) and up to 750 Nm of torque from 1,200-1,600 rpm, it also offers the go-anywhere capability and 56 mph road speed for which the Unimog is renowned. 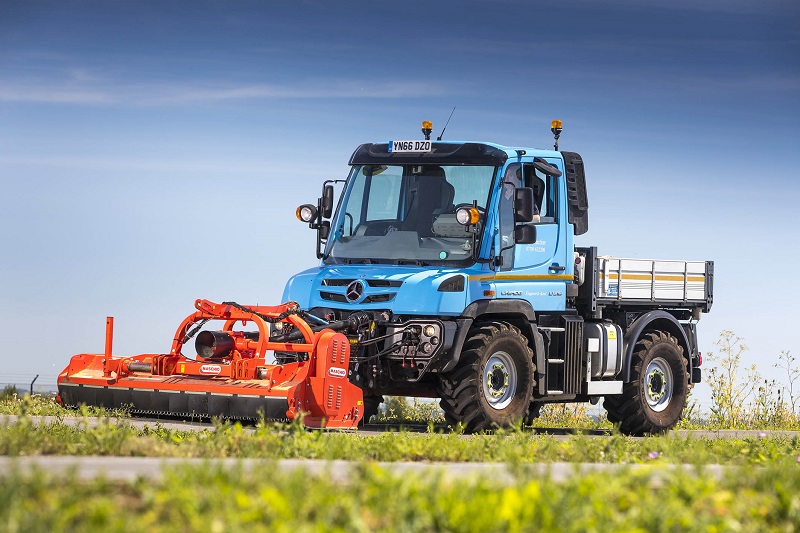 Mr Gregson began serving the agriculture and amenity sectors in 1989, with an MBtrac tractor (Mercedes-Benz ceased production of the MBtrac, which was built around a Unimog chassis, in 1991). He bought his first Unimog, a pre-owned U1000, in 1990, and ran it for three years, before replacing it with a new U1600.

Mr Gregson can attach a variety of implements, including his Mulag flail and mower, and a Schmidt snow plough, quickly and easily to the Unimog’s hydraulic and mechanical implement drives, and front PTO shaft.

He is also benefiting from his new truck’s VarioPilot and hydrostatic drive systems. VarioPilot allows the driver to swap between left- and right-hand drive, moving the steering wheel, instrument panel and pedals from one side of the vehicle to the other in less than a minute. This optional feature is ideal for tasks such as mowing and hedge-cutting, which are more easily and safely completed from the verge-side of the vehicle. 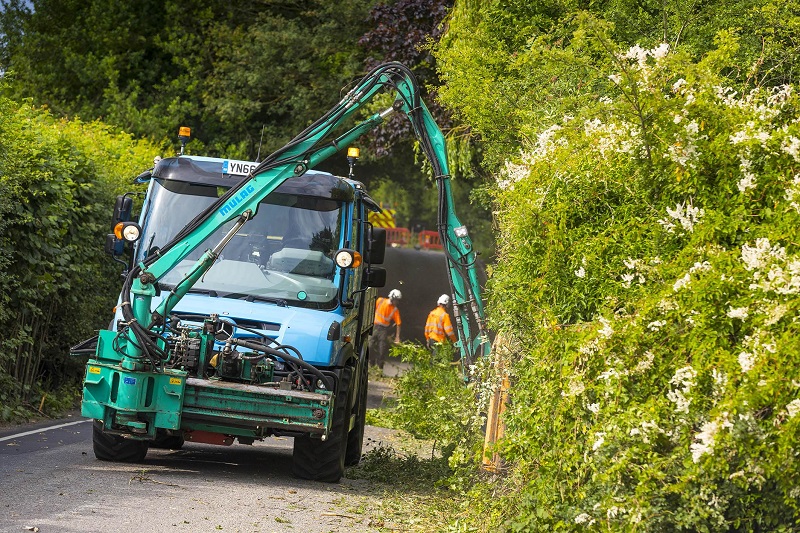 Hydrostatic drive, meanwhile, works in conjunction with the mechanical transmission and provides finely-tuned gear changes allowing infinitely variable speeds from a standstill up to just 15.6 mph.

The Mercedes-Benz Unimog is widely acknowledged as the world’s leading all-terrain vehicle, with a reputation forged in the harshest operating conditions. The overwhelming majority of those built since 1951 are still in service today.

All Unimogs have 4x4 chassis with single rear wheels, while gross weights vary from 7.5 to 16.5 tonnes. There are two core variants: an implement carrier like Guy Gregson’s with front, side and rear attachment points, and an ultra-high mobility truck with extreme torsional flexibility, which can accommodate a range of bodies. Both are superbly adaptable to a huge variety of roles.

Shining a light on improved productivity