Bell Plant Ltd, part of the Gloucestershire-based K W Bell Group, has taken delivery of 12 new 6 tonne Doosan mini-excavators, supplied by Kellands (Plant Sales) Ltd, based in Bridgwater in Somerset, the Authorised Doosan Dealer for London and the South of England including the Channel Islands.

These are the latest Doosan machines to arrive at Bell Plant from Kellands in a close relationship that began 20 years ago in 1999, when the first Solar 55 mini-excavator was purchased by Bell Plant. 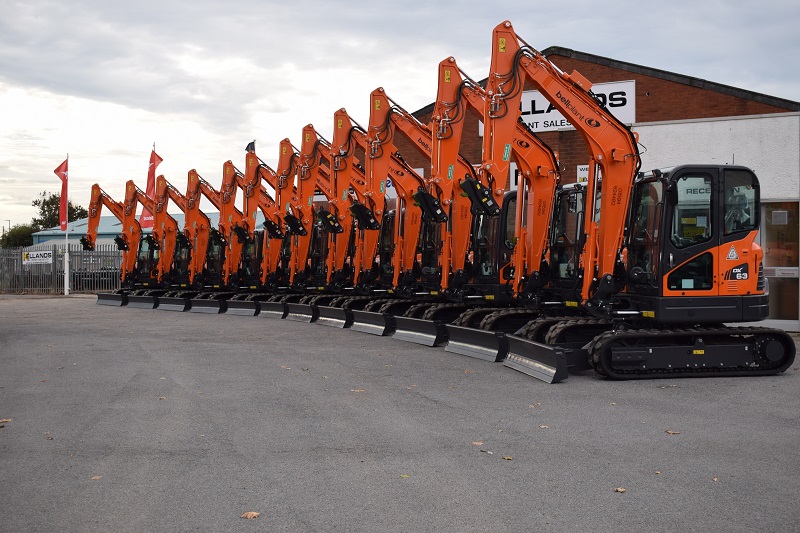 Peter Bell, a Director at K W Bell Group, commented: “Bell Plant generally changes its machines every three to four years. The last 20 years have shown us that there are two key reasons why the relationship with Kellands/Doosan has grown from strength to strength over that time.

"The first is the Doosan brand itself – the quality, the performance of the machines and their residual value; the second is the continuously excellent service and back-up provided by the team at Kellands.”

These are the latest Stage V versions of both machines, powered by the same Yanmar 4TNV98C diesel engine, providing 44.3 kW (59.4 HP) of engine power at 2100 rpm, a massive 22% increase over the previous generation models.

Fresh off the success of the 2019 Open Championship it hosted,...
...Read More