Air2G2 proves to be a ‘game changer’

The Air2G2 GT Air Inject from Campey Turf Care Systems has played a significant role in transforming the greens at the La Grande Mare Golf Club in Guernsey.

When he arrived at his new job two-years ago, course manager, Rick Hamilton, spoke to the members about their main concerns and the quality and playability of the greens was top of the list. 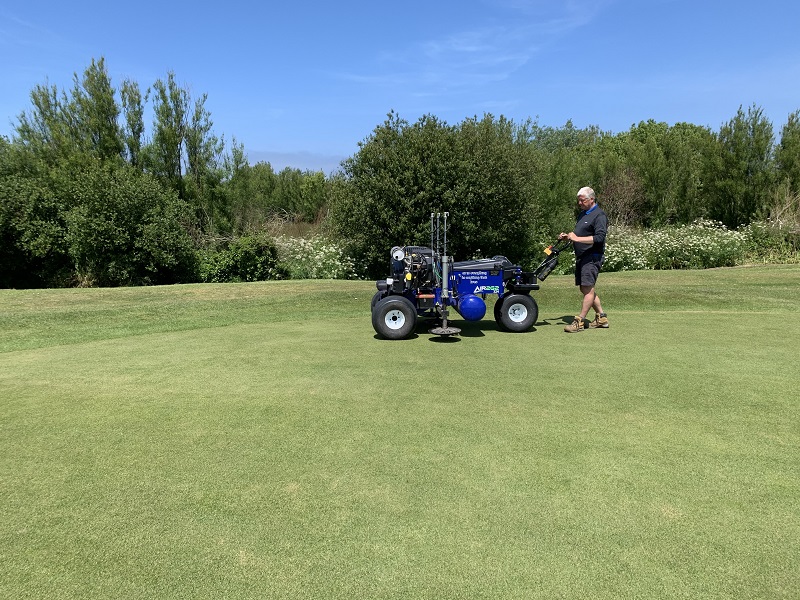 Because the course is built on marshland, the soil is very silty heavy clay, making it a problematic soil profile to produce a healthy root zone. The dense profile was causing the greens to hold moisture in the winter and hardpan in the summer, meaning there was little control of how they performed throughout the year. From his previous experience in Asia, Rick knew the Air2G2 was precisely what was needed to open up the soil profile and bring life back into the greens.

“When I first analysed the greens, I knew we had to take action,” Rick explained. “It was at the point that when we tried to change the holes, we would sometimes snap the blades in the hole cutter because the greens were that hard. The greens are old, they are 25 to 30-year-old push-up greens, so there is no drainage, and the soil type doesn’t help with that.

“For me, the Air2G2 is a game changer. Every now and then over the years, different machines come into the industry, and I would say it is one of those game changing machines. I brought it over on hire from a dealer in Jersey and went out, and I could hardly get the probes to inject at first because the surface was that hard. But I managed to do it with the deep probe and close spacing to really get through into the greens and loosen them up to get water and wetting agent in. 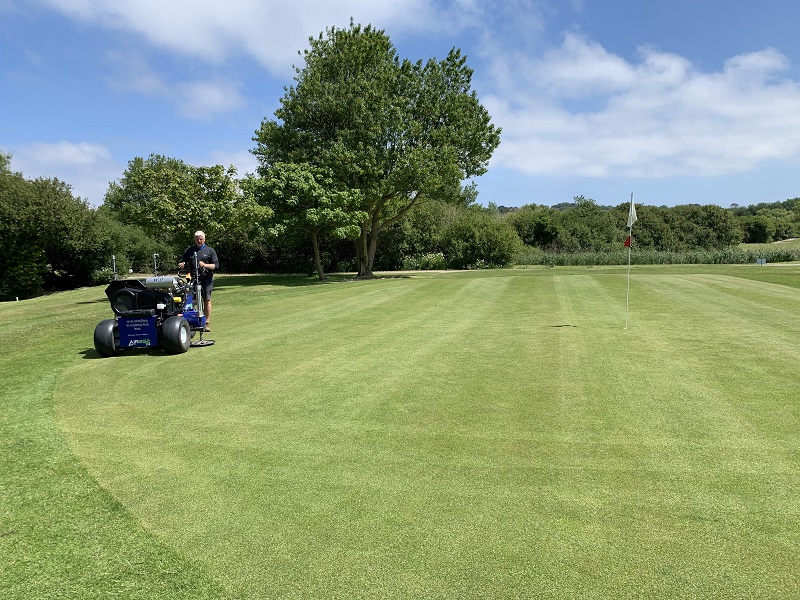 “The first afternoon after we did it, the members came out and played and couldn’t believe there was no disruption to the surface at all, and they were surprised with how clean it was. A few weeks later on we had a bit of rain, and we had a competition and the good golfers couldn’t believe how receptive the greens were with the ball holding.

“The difference in the greens is massive in terms of playability, root development, the health in the root zone and getting the water to penetrate. And in the winter when it’s a bit wetter and softer, it helps to release some of the water and get the greens to drain.”

For Rick, the impact of the Air2G2 was immediate, and after using his own machine for a year, the difference is obvious for everyone who plays La Grande Mare. Because of the course construction and location, there is an extensive aeration programme in place that sees the Air2G2 used regularly along with needle tining, a combination that has made members the happiest they’ve ever been with the greens.