London Golf Club has taken delivery of the new Ventrac 4520 all-terrain compact tractor and selection of attachments to assist in the maintenance of their two Jack Nicklaus-designed courses near Brands Hatch in Kent.

Lee Sayers is the Golf Courses and Estate Manager and heads a team of 27 full-time staff and 15 part-time including two head greenkeepers, a workshop mechanic, irrigation technician and a gardener with 21 members of the team working on the golf course.

“That might seem a very large team to most people, but we have 500 acres of estate including two championship golf courses to manage and large areas of woodland; it’s an intensive job”, he says. 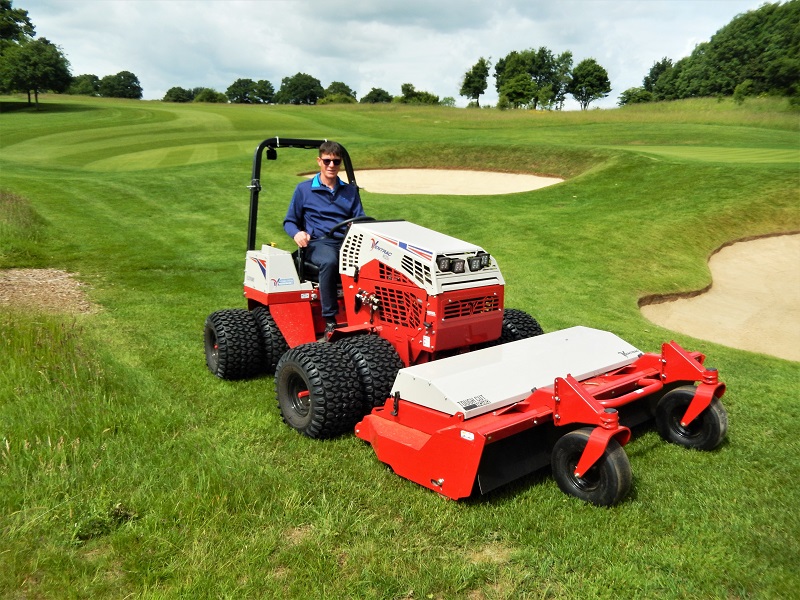 Lee began his career in 1991 at Cottesloe Golf Club in the suburbs of Perth in Western Australia, before returning to the UK in 1994 to take the position of assistant greenkeeper at London Golf Club. Four years later he joined Hempstead Forest Golf Club near Cranbrook and in 2000 returned to London Golf Club as No. 2 to Peter Todd. In 2003 he joined Mid Kent Golf Club near Gravesend, where he spent 14 years until returning to take up his current role in 2017.

“Our members and guests expect a high level of presentation and we try to maintain a manicured ‘look’ across the entire estate, so the Ventrac was an obvious choice, he added. “I’d seen lots of ‘noise’ about Ventrac in the press and on social media together with good feedback from my peer group across the county, especially Mark Todd at the Wildernesse. We had a really good demo and that just reinforced my opinion, so we purchased the tractor unit and four attachments; the Contour deck, Tough Cut deck, Turbine Blower and Power Brush.

“The Tough Cut deck is great for maintaining the woodland margins. The out-front position of the Tough Cut deck combined with the low profile and agility of the tractor unit, means we can get in and under the trees. Without doubt, it has lifted the presentation of the course. The Contour deck does a superb job on the Nicklaus-designed bunker surrounds, where we previously used ‘Flymo’ mowers on the steep sides. This has saved numerous hours and has increased efficiency.

“We have significant woodland and spend too many hours using backpack blowers removing leaves and other debris, not just in the autumn, but all-year round. This is so time-intensive, but the Turbine blower is brilliant; we can also use it to remove debris after scarifying and even blow cores from the greens after aeration.

“Changing between the different attachments is quick and easy. There’s no three-point linkage to worry about or adjustments to make, you simply drive out of the current implement and drive into the next one. The mounting system is ingenious; it’s so quick that it encourages you to use it to its full potential.”

Kubota has formed a partnership with the Forest of Marston Vale,...
...Read More