Burnley Tennis Club may have offered artificial courts to its members since 1998, but the best part of two decades’ play had left the original synthetic playing surfaces struggling to live up to the club’s expected high standards.

In a bid to improve facilities, increase memberships, and offer a much greater consistency of play, the club embarked on an extensive refurbishment programme.

As a club run solely by volunteers, Burnley Tennis Club required a surface that would not only play well, but would also be easy to maintain all year round.

An investigation into some of the best quality surfaces on the market and a series of visits to other local clubs with artificial courts soon led the club’s volunteers to identify TigerTurf’s Advantage Pro as its preferred surface for the five refurbished courts. 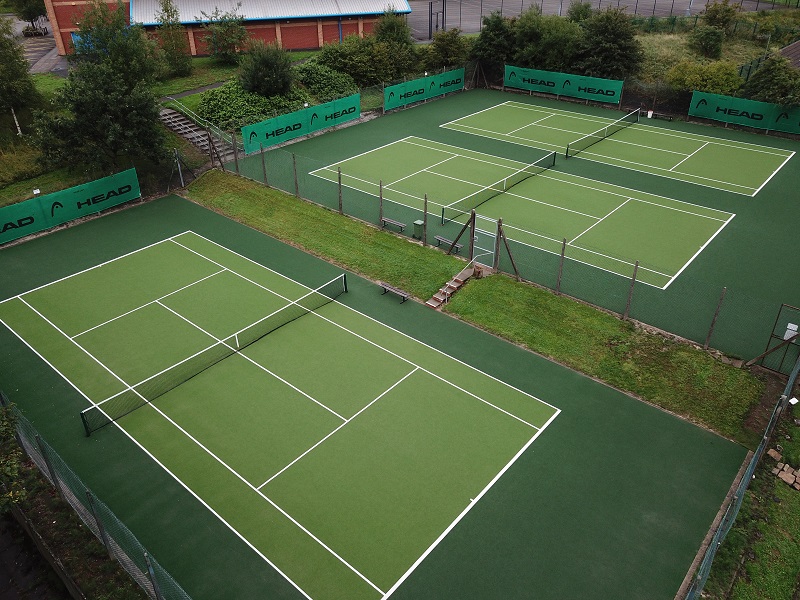 As one of the most advanced and durable tennis surfaces on the market, Advantage Pro is made from a unique polymer, designed so it doesn’t shine when wet, or under floodlights. Even after heavy use, the surface retains its shape and structure resulting in high performance, resilience and durability.

Elaine Barker, Chairman of Burnley Tennis Club, comments: “The old artificial surface we had in place was close to becoming unplayable and we’d reached the point where certain courts were being avoided, which increased the wear on others. We needed a much more hardwearing surface, and after looking at what other clubs had opted for, we felt that TigerTurf’s Advantage Pro would be the ideal choice for our members.”

Working closely with Cheshire-based tennis court construction specialist, Platt Construction, Burnley Tennis Club instigated a two-phase refurbishment project that would see two courts renewed with the Advantage Pro surface in April 2017, followed by a further three in May 2018. The £80k project, which will see a further court replaced in 2019 was made possible thanks to a 10-year loan from the LTA and Tennis Lancashire – funding which prevented the club from having to close three of its six courts to the public.

Since the new courts were opened, the club has benefited from much more consistent usage across its six courts, with collective usage increasing by an impressive 30%. Not only has the club exceeded its own member retention target, it has also gained 30 new members; many of whom were attracted by the prospect of playing regularly on some of the best tennis courts in the region.

Elaine continues: “There have been numerous benefits to having our courts replaced with a new surface. An increase in members will help to boost the longevity and sustainability of the club, while we’ve also been inundated with complements from other clubs in the area.

“Perhaps even more significantly however, our new courts allow us to increase the number of county-based tournaments we can host, which will increase our revenue and ultimately help to populate our sinking fund and repay our loan.”

For more information on TigerTurf and its range of tennis court surfaces, visit www.tigerturf.co./uk/tennis.

Children's activity levels down but many embrace new opportunities

The number of children and young people who were physically...
...Read More

Open playgrounds will lessen the impact of lockdown on children

The Association of Play Industries (API) is delighted to hear...
...Read More