The importance of applying the correct amendment into the soil at the time of planting can have a marked impact on tree transplant survival and independence. For this reason several products have been aggressively marketed towards the arboricultural industry to include compost teas, mycorrhiza and biostimulants. One of the latest products to attract academic and industrial interest is the use of biochar. 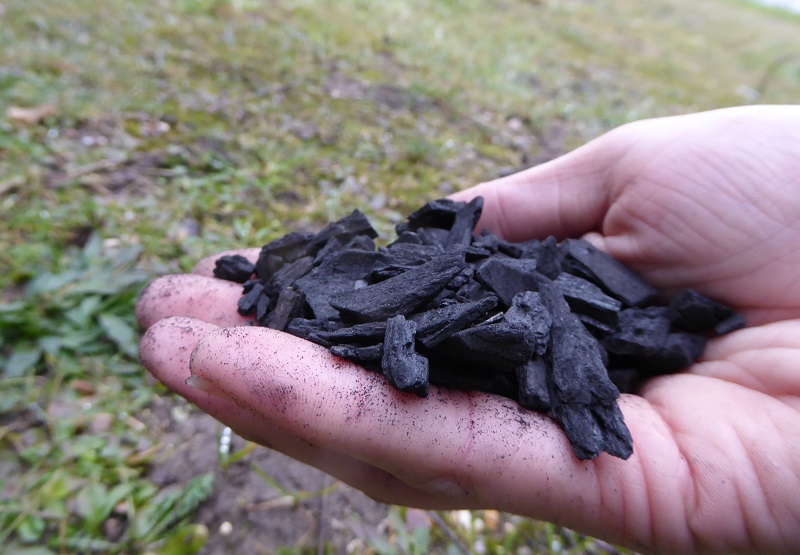 Biochar is a highly purified form of charcoal that is specifically designed for soil application to improve plant growth and health. Many sources of organic matter (for example wood chip) may be used to produce biochar, however, the type of organic matter used will impact on its properties. Biochar differs from traditional charcoal because its components are specially formulated and optimally balanced to improve soils. Current interest in biochar has been inspired by the historical use of charcoal to amend "terra preta" soils in the Amazon Basin. These soils commonly known as the Amazonian Dark Earths are still highly fertile and high in crop productivity in an otherwise unproductive soil type, despite being amended by the area's inhabitants thousands of years ago. Biochar is an incredibly stabile substance that is not broken down in soils offering extreme long term soil benefits.

What is Biochar made from?

Biochar is made from the pyrolysis of organic biomass. In simple terms, waste materials are heated in the absence of oxygen to break chemical bonds of volatile matter within the biomass. This process results in a carbon-enriched co-product (along with heat energy and syngas/bio-oils) called biochar. There is significant correlation between pyrolysis temperature and carbon content post-production. Biochar has been made from organic wastes such as wood chips, crop residues and manures. Emphasis is currently placed on using discarded organic waste such as woodchip, paper or cardboard products, and plant or animal biomass from food production. Source material is very important. For example, source material with a high water content will often result in more porous biochar, ideal for colonization by beneficial bacteria and fungi such as mychorrizae, in turn maximizing soil structure and retention by increasing surface area.

How does Biochar change soil dynamics?

There is evidence that biochar will alter the physical nature of a soil to increase the water holding capacity i.e. in a sandy soil biochar works by increasing the soil surface area. Biochar is highly water adsorbent, although only in conditions with greater than 60 percent relative humidity, when biochar fills soil adsorption sites with water. Below 40 percent, biochar releases all the water. This makes biochar an enormous stabilizer of relative humidity in soils. With climatic models predicting a warmer climate for the UK, water use demand will become more important for professionals involved in urban tree management. Soil amendments that equate to less irrigation will prove of use. Likewise increased soil surface area also overcomes the problem of too much water retention that occurs, for example, in a clay soil. Not only can biochar improve soil surface area and therefore more available water for rooting systems, but an improved pore space increases drainage and reduces standing water on the soil surface, especially in clay or compacted soils.

Other improvements of physical soil properties include reductions in acidity, improvement of the cation exchange capacity, accelerated decomposition and improved habitat for beneficial soil microorganisms; all of which cause an increase in plant productivity. There is also potential for biochar to adsorb heavy metals such as nickel, cadmium, lead and copper, as well as destructive enzymes secreted by plant pathogens such as Phytophthora root rot. These benefits are due to the porous nature of biochar, which increases the soil adsorption of nutrients and water. 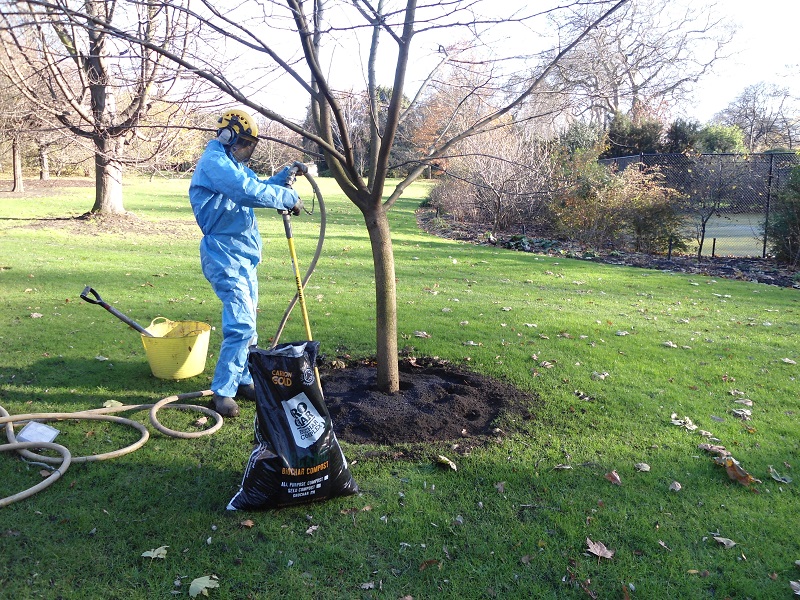 The nutrient value of soil can be influenced by biochar additions both directly by supplying nutrients to a plant, and indirectly by improvements in soil quality, allowing for a higher nutrient retention in turn enhancing the efficiency of fertilisers, leading to less leaching. Levels of nutrients in biochar can vary, however, depending on source product, and the process of biochar production, with up to 50% losses of nitrogen, potassium and sulphur at production temperatures higher than 500°C. These increases in nutrient availability also induce higher colonization rates of host plant roots by arbuscular mycorrhizal fungi as well as potentially promoting populations of not so well known beneficial soil microbes to include mycorrhization helper bacteria, phosphate solubilizing bacteria, plant growth-promoting rhizobacteria and fungi (Warnock et al, 2007).

How does Biochar interact with plants?

Several articles (Sharenbroch et al, 2013; Lehmann and Joseph, 2009; Kookana et al, 2011) show soil fertility and quality are improved by biochar addition. As well as altering the physical and chemical properties of the soil around the rhizosphere, biochar also alters the biological dynamics of a soil through several methods. Biochar is initially sterile and therefore has no indigenous populations of microorganisms. Instead the physical structure of the biochar encourages colonization by various arbuscular mycorrhizal fungi, nematodes and bacteria (Lehmann and Joseph, 2009). Biochar adsorbs humic acid, which is used as sustenance by soil microbes, and humic acid adsorbs fertilizers, preventing them from leaching out of the soil. Numbers of plant-enhancing microorganisms, such as Trichoderma, are boosted in soils amended with biochar.

These microorganisms play a role in eliciting a benefit known as systemic-induced resistance (SIR). SIR can result in the increase in defense mechanisms within the plant that prevents damage from insect pests and disease. For example studies have shown a significant interaction between biochar and Fusarium oxysporum that strongly reduces disease severity. 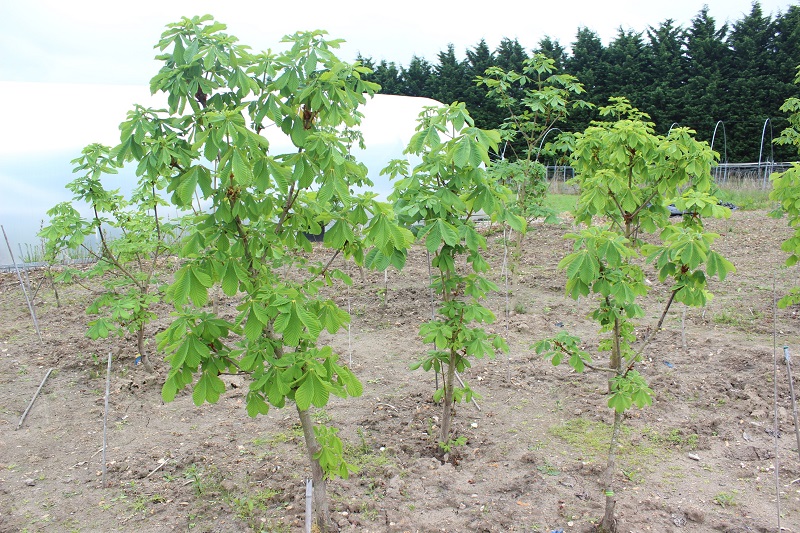 A number of compounds known to be phytotoxic and biocidal have been found present in small quantities in biochar. It has therefore been speculated that plants in a biochar-amended soil respond low levels of these compounds in the root zone via an induced resistance mechanism (Elad et al, 2010).

Interestingly maximum benefits on plant productivity and protection against pests and diseases are found when biochar is added to the soil at a 1:20 ratio i.e. 5% of soil volume. Biochar added at 10 or 20% soil volume does not provide an increased degree of benefits. Consequently, there is a need for more research using trees as model species, as Spokas et al (2012) identified only 2 out of 42 studies reviewed used tree species as a focus. More research is also required to investigate the potential benefits of biochar in combination with other soil products such as fertilisers or plant protection bio-control agents.

Are there any other benefits?

Biochar production retains carbon while producing energy and synthesis gas, harboring the potential to be carbon negative. The energy production potential and the stability of biochar in soil combine to have important implications for reducing atmospheric CO2 increases, reduced emissions of other greenhouse gases including nitrous oxide and methane, and therefore the impact of climate change (Blackwell et al, 2009). All these benefits are potentially superior to those of other organic sources due to the longevity of biochar (50 to 600 years) in the soil depending on the chemical and physical properties of the biochar (Fang et al, 2014).

How does biochar perform in current research?

Research is now being carried out at the Bartlett Tree Research Laboratory combining biochar with phosphites and other sources of organic matter including seaweed and wormcasts. Phosphites are plant defense activators (PDA), triggering essential natural plant defense mechanisms within a plant. Phosphites are also used directly as a fungicide on major diseases such as Phytophthora species. Marketed as Tree Protect Phosphite, preliminary results have been encouraging.

When applied as a soil amendment by air-spading, reductions of Horse Chestnut Leaf Miner populations by 49% were recorded. Tree Protect Phosphite may offer some potential as an aid in the management of HCLM, with future studies focusing on its potential for disease suppression against soil-borne and foliar diseases. Research is also focusing on the effect of biochar on transplanted trees, especially those in an urban setting, and improving their health and survival after planting.

At the Bartlett Tree Research Laboratories’ campus in Charlotte, NC, Prunus x yedoensis were planted in barrier-lined planting pits with dimensions of 1.8mx3.6mx0.6m. These planting pits resulted in a usable soil volume of approximately 4 metres cubed of soil volume, which should be enough soil volume to support a tree of 1.2-1.8m dbh before impacting tree health. The treatments included biochar at 5% and 10% by volume, 5% and 10% biochar combined with compost and fertiliser amendments, compost and fertiliser alone, and control soil with no amendment.

Results have shown that the combination of biochar and compost at 5% by volume each is the best treatment. After three growing seasons, marked improvements have been measured in volumetric soil moisture, tree growth, SPAD, canopy quality, and soil nutrient levels. Current and future assessments also include assessment of soil microbiology to identify shifts that may occur due to changes in physical and chemical properties of the soil over time.

As the root systems of these trees fill all of the available soil, we will continue to monitor parameters to document any advantages these treatments might bring to trees in restricted soil volume situations, such as street tree planting pits.

The International Biochar Initiative (2012) has developed classifications of biochar, taking into consideration feedstock, conditions of production, chemical properties, particle and pore size, moisture, pH and contaminant/toxicant content, and ash proportion. All of these will affect the properties of biochar when applied to the soil, and therefore the possible benefits that can be seen. Clearly, more research into understanding the impacts of biochar soil amendments on plant growth and resistance to pests and diseases as well as environmental stress­es is needed.

Fields in Trust bringing the park to you this spring

Whilst we’re all staying home and less able to get out to enjoy...
...Read More

The HTA launches ‘Plants Near Me’

Following on from the HTA campaign last week to highlight the...
...Read More