The Cricket World Groundcare Awards 2020 have been officially launched at the Dennis and SISIS GroundCare seminar at Durham CCC.

The Cricket World Groundcare Awards were introduced to recognise the dedication and hard work that Groundcare individuals put into maintaining and producing cricket squares and outfields, for recreactional clubs, schools and universities in the UK and Ireland.

The aim of the Awards is to raise the profile and awareness of Groundcare staff (without whom there would be no cricket) and also, encourage and promote the Groundcare industry. 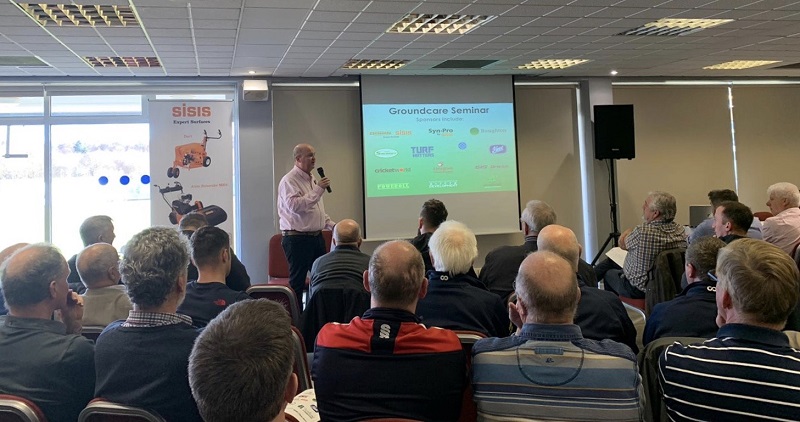 There are several award categories and the judging process will be taking into account the quality of the playing surface, general upkeep of the ground, longevity of service, an 'against all odds' and an overall Groundcare Person of the Year. Every nomination for the judging process will receive a special Certificate of Recognition for the Individual and the Club/School and the winners will be invited to a special presentation at Lord’s Cricket Ground, in London.

Alastair Symondson (pictured, above), Head of Media, Cricket World said: “We are delighted to be running these Awards again, with the support and assistance from our sponsors and partners. We also understand the dedication and hard work that goes into preparing cricket playing facilities and it is nice that we can recognize their hard work and endeavours in some small way.”

Roger Knight, former First Class cricketer and past CEO/Secretary of the MCC commented on the Awards: ”These are the stalwarts of recreational cricket clubs and schools and we should thank them all - how gratifying it is to see a past winner of the Cricket World Cricket Groundcare Awards now taking charge at the Home of Cricket as well – Karl McDermott ”

Supporters of the awards include:

The Arboricultural Association has written to Environment...
...Read More