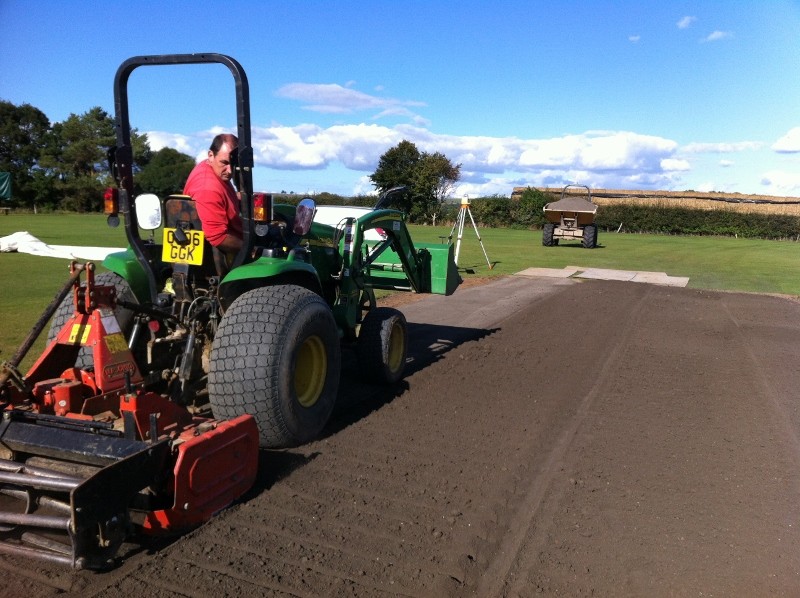 Matthew Trickett, grounds consultant at Hambledon Cricket Club, along with the volunteer ground staff recognised that the wickets were becoming tired after being in place for an extended period of time and that changing them would benefit everyone at the club.

The first project was carried out after the Hampshire based cricket club secured Lottery funding to replace the 170-year-old wickets.

With 116 matches taking place on the square over the last year, in matches involving Colts teams from under-9's to under-15's and first and second team matches, it isn't surprising that they needed a re-vamp. The same number of matches was estimated to take place again this year.

Matthew explains the issues the club faces at their current location and why Speedcut were the preferred candidate to carry out the project at the historic "˜Cradle of Cricket'.

"I'd heard of the quality of work that Speedcut had done and I knew Barry. So after an economic solution was agreed, the club gave the go-ahead for them to carry out the work.

"The pitch had become worn because we have 120 Colts but only one ground. So there will be 116 games played on the square this year and most of those will be on grass," said Matthew.

"We have to provide five wickets in the middle of the square just for the Southern League and we were getting issues with lower level bounce. We knew this was because of the levels of chalk creating quite dry ground conditions in the warm weather."

The work involved removing two of the five wickets from the square, digging them out at 150 mm before applying 20 tons of Surrey GOSTD loam. The newly laid area was then laser graded before more layers were added to the surface.

After the initial project of two wickets was completed and the club had seen first hand the precise and high quality operation Speedcut could deliver, they decided to carry out work on a further two wickets.

When discussing progress Matthew was keen to point out how impressed he was with Speedcut and in particular their ability to manage a difficult weather situation to ensure everything was finished on time.

"There was a mist on one of the days which would have made the loam damp and could have caused some problems but Speedcut were aware of the situation and took action to ensure it wasn't an issue," Matthew explained.

"Speedcut's partnership with Surrey Loams worked really well in this case because they co-ordinated their activities so the whole job ran smoothly."

The first phase is set to come to fruition next season when the new wickets will be used for the first time by the teams at Hambledon Cricket Club and Matthew is sure it will help the club progress back up the leagues.

"Having a better square with better wickets means that you can attract better players and push for greater success so for us it's a win, win situation."

Matthew concluded: "The volunteer ground staff at Hambledon do a great job and I'm sure with their hard work we can keep the new wickets in great condition."